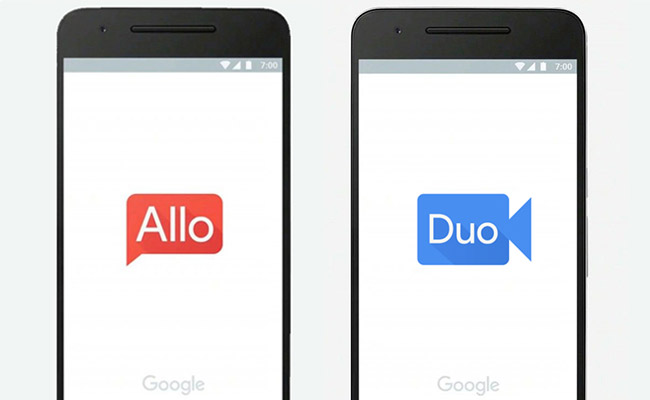 The 3 day developer conference where Google reveals its future plans for technology to the world has wrapped up for 2016. Here are some of the announcements we found interesting from this year’s Google I/O conference:

Google Assistant is a smarter, more conversational iteration of Google Now. With Google Assistant, you can have an on-going two-way dialogue with a chat bot much like Siri. You can ask follow up questions and it’ll throw a reply. In addition, Google Assistant is able to complete simple tasks like making restaurant reservations, booking a cab, etc. While this is by no means anything new, Google hopes that it can leverage its AI and machine learning tools and all data and information gathered over the years to beat its rivals. Assistant has been incorporated into two new products – Google Home and Allo.

This is Google’s plan to take on Amazon Echo. It is a voice activated cylindrical speaker that acts as an assistant to your family at home. Its ‘always listening’ feature and far field microphones allow it to hear you from across the room. You can ask for queries you would normally Google and it will give you answers. Simply put, it is Google Now but for the home. With a simple voice command, you can ask it to perform simple everyday tasks like play music from your favorite streaming services or videos on your TV via Chromecast. According to Google, the speaker will come with “strong bass and clear highs” for a better music listening experience. Google home will support popular home systems including Google’s own Nest to control some of your automation at home like turning of the lights, set alarms, timers and reminders using just your voice.

Allo is yet another Google messaging service! What makes this different from already existing messaging apps by Google like Hangouts and Messenger? (Rolls eyes). Well, according to Google, Allo will make your conversation easier, more productive and expressive. Let’s look at the features that set it apart.

Duo is a one-to-one video calling app. Video call is something that Hangouts already does but unlike Hangouts which is tied to your Google Account, Duo is tied to phone numbers so you can video call anyone in your contacts assuming their phone supports it and also has Duo installed. While Hangouts is trying to do different things at once – SMS, instant messaging, video calls – all jumbled together into a huge pile of mess. Duo on the other hand focuses specifically on video calls. It is simple, light and incredibly fast. The entire app fits into 5 megabytes app size.

Duo includes a fun feature called “Knock Knock” that shows you a live video preview of the caller before you pick up. Once you pick up the call, entire interface smoothly transitions into the video call.

There are a bunch of under-the-hood improvements to make video call go as smoothly as possible. Duo is optimized to be useable when experiencing intermittent connections. It will be able to adjust audio and video quality based on your connection. Furthermore, Duo can seamlessly switch your calls between cellular and Wi-Fi connections without dropping the call. It is clear that the overall focus of Duo is speed, performance and reliability. Duo like it’s companion Allo supports End-to-end encryption i.e all calls on Duo is encrypted.

Duo may also be considered as Google’s take on iOS’s Facetime but unlike Facetime, Duo is cross-platform, thus, will be available on both Android and iOS.

Both Allo and Duo are not available to the public yet but can pre-register in Play Store to be among the first in line to try it.

Instant Apps is a new feature coming to Android N which allows users to run apps on their mobile device with requiring installation. How does it work? You know when you click on a URL and it goes directly to the app instead of the web? Like when you click an Instagram link, it opens the Instagram app and a Twitter link opens up Twitter. Well, Instant Apps works kind of like that but without the app installed on your device. It only loads parts of an app needed on the fly. This way, you get a glimpse of what it is like to use the app. You may have used an app once and never bother it again or possibly lost out on some app because you were scared of installing crap on your device. This feature seems to solve such dilemma.

Two years after “Cardboard”, a budget friendly headset cut out from a piece of Cardboard, Google unveils plans to push Virtual reality forward with what it calls “Daydream”, a platform that will allow developers create VR apps for Android which will come with the next version of Android later this fall. We saw this coming when the android N previews included “VR Mode” which will boost your phone’s performance to render images as fast as possible and switch to a UI specially designed for VR. Other functionalities included in this mode remain unclear.

More so, Google unveiled its very own VR headset which looks similar to Samsung’s Gear VR or Oculus rift coupled with a Wiinote like motion controller. But unlike the latter which makes use of proprietary tools for their content, Daydream is standard platform and will be compatible with a wide range of devices. Think “Nexus” of VR. Get it? In other words, Google is essentially making VR more accessible to everyone. Since Daydream is an open platform, any interested OEM can build on top of it for a more customized experience which will save them a lot of time and resources building their own from the scratch. Samsung, HTC, Huawei, LG among others are purportedly on board to bring Daydream-ready phones and headsets.

If you are among those who have stayed away from Chromebooks due to lack of “true” native apps. Rejoice, Google just announced Playstore coming to Chromebooks. Now you will be able to do a lot more than access the web and web apps. You will also have Playstore’s massive collection of apps useable on your Chromebook. This could pose a huge threat for Microsoft given that Android has more and better apps than Windows Store. Currently, Chrome OS sits at #2 most popular operating system in the US as Q1 of 2016 thanks to it being low cost and this move should further drive the numbers up. If you use Chromebooks, Chrome OS feels a lot like Android following Material Design guidelines in its UI. So it is expected that Android apps should look and feel well integrated into the system. However, there no doubt that Google has a lot hurdles to jump to achieve a seamless integration of Android apps into Chrome considering a lot of Android apps are still not optimized for tablets. We’ll have to wait and see how it all plays out.