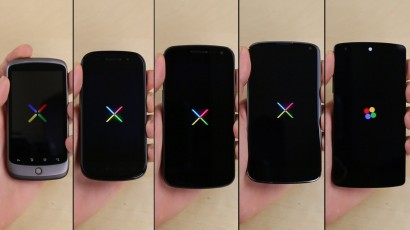 Even though original equipment manufacturers (OEMs) like Samsung, LG, Sony, HTC and the rest manufacture devices that run on Android, the look and feel differs from one OEM to the other. Device makers take Stock Android (or  “barebones Android”, which is the look and feel of Android according to Google) and re-brand to give it a distinct look and feel. Samsung calls its interface Touchwiz. HTC calls it Sense and Sony’s is Timescape. Since 2010, Google collaborates yearly with device manufacturers to release a device that runs Stock Android. The Galaxy Nexus was manufactured by Samsung but it doesn’t ship with the Touchwiz UI. Similarly, Nexus 5 was developed by LG but it is devoid of the Optimus UI. Devices in the Nexus line are considered Google’s flagship Android products.

Here are five reasons why I love the line:

What I did not mention in the opening paragraph is that in addition to skinning barebones Android, OEMs pack their devices with all sorts of crapware they think you will love and this takes valuable space on your device. Nexuses ship with just the basic apps needed for your Google Services to run. They don’t even ship with a file manager so you’d have to download your preference from the Play Store.

It is an urban legend that only Chuck Norris can use Touchwiz without any lags. I’ve always found my devices to be snappier and more responsive than substitutes with similar spec sheets. The absence of crapware means less resource abuse. The only time I experience lags is when I turn on my data and notifications are being synchronized

I am a stickler for updates. Software has always been more important to me than hardware. I’d rather have the latest software than hardware. When I was already running Android 6.0 Marshmallow, some of my friends were now beginning to hear of Android 5.0 Lollipop. Updates come with improved features and nifty tweaks and I best enjoy them when only a small population of the world has got access

Massive support on XDA and other forums

I like exploring and experimenting with my devices. It’s very easy to unlock Nexus bootloaders, root and flash various mods and tweaks. Also, there is a long list of custom ROMs available for Nexus online. Should you run into a problem while toying with your device, a massive support base awaits you

I love the clean UI elements and design scheme of barebones Android. Other OEMs customize the Android UI so much so that it gets ugly and heavy. Google maintains a very simple, minimalistic UI. Now there’s Material Design. So much win

Are you a die-hard fan too? Let us know your reasons.