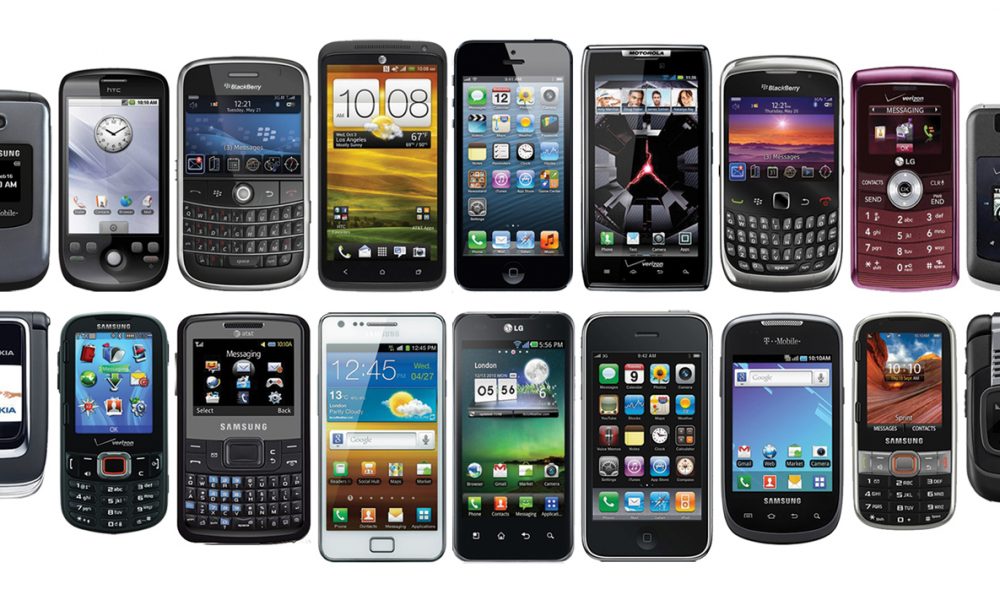 My childhood was marked by memorable stuff I liked to do like catching the bus to school, watching cartoons when I got home and maybe falling asleep in the couch and waking up in my bed. Now, unless you took the second star to the right and straight on till morning and ended up in Neverland, you have also grown up and left most of these memories behind. I still remember the first phone I ever touched and the first one I owned. These were true delights of the good old days.

It is amazing to see how phones have evolved since 1876 when Alexander Bell successfully tested his invention. How many years have you had a handheld phone or cellular device? Five, six, seven years? Maybe more? Let us go back to the time you fidgeted with these devices when your parents were not looking. Jump on my DeLorean and let’s take a ride down memory lane, taking a look at the beloved phones from your childhood…. Our first stop.. The year 1996.

Maybe few of you might recognize this device. For those who don’t, it is the first ever clam-shell (flip) mobile phone and one of the series of devices from Motorola which re-imagined the telephone as a mobile device. This phone was one of the first capable of vibration. It was wildly popular appearing in many movies from that era especially action blockbusters (The “Blowman and Last Killer” kind especially).

Now here lies one of the devices that notoriously shot Nokia into some serious public eye. Introduced in 1996, it had a monochrome LCD screen and was iconic for its sliding form factor. It had a sturdy build and catchy design and went on to be featured in the Matrix in 1999. You know this phone had to be good if it was the Resistance’s choice of phone in searching for The One.

There’s so much I could say about the hallowed Nokia 3310. In fact I reckon my life would be in danger if I had not included it in this list. Legend has it was forged from the heart of a dying star, or… Wait no,.. that was Mjolnir. Just note that thing was built to last! During the days of this phone, you could casually drop it 3310 times and still smile and pick it up. Totally not possible with the phones of today. I remember it was sold with a protector which in my opinion was of no use to the near-invincible phone. It had an 84×48 monochrome display and introduced new features at the time like calculators and a reminder function. Now let me ask you, how many hours did you spend playing Space Impact and Snake II on this phone? This phone, introduced in 2003, can be described as the VW Golf of mobile phones. It was not made to win awards for style or innovation but just to do exactly what it was made to do as well as being fabulously cheap. It’s of no surprise that it is the world’s best-selling handset of all time. Chances are you tried to recreate your favourite songs using this phone’s monophonic ringtone creator. It was well built with monster battery life (400 hours when well managed). Do you remember what the C button was used for? Also introduced in 2003, this was far more advanced than the 1100 above. This phone had a 5-way joystick and a coloured 176×208 screen which was so gorgeous to look at at the time. It also pioneered Nokia’s reputation for building excellent smartphone cameras with its VGA camera. By the way this is the phone which introduced most of us to Waptrick. If you know you know. Motorola broke Nokia’s long running monopoly of the phone industry with this phone in 2004. It was everything. A status symbol, a fashion statement, an ornament, and an overall powerhouse for its time. It came with an electroluminescent keypad, the iconic clamshell design plus a mini USB port for data transfer and charging. One notable feature was the external display which sports the Moto V3 signage and other notifications. This phone was fun to flip open and clap shut. The Ericsson K750 was released in 2005 and quickly caught on with the phone market. It had a distinct design with the rear end of the phone designed to be turned sideways to take pictures like a camera. With a joystick and hotkeys, navigation on this device was a breeze. The selling point of this phone was the fact that it was marketed as a multimedia device. Playback of audio, radio and video as well as viewing and taking pictures had never been easier.

Enter the Blackberry Pearl. This phone introduced in 2006 was another game changer and reshaped the way phones were used from that time onwards. It proved particularly popular with business-oriented people due to the features it brought to the table to increase productivity in one’s life. It featured QWERTY keyboard, a portrait camera, WiFi access and a host of other useful stuff. Later versions of this phone featured Blackberry’s signature trackball. Users of this phone or other models in the series considered themselves part of a master race superior to users of other brands. The way they flaunted their Blackberry Messenger PINs said it all.

Ooooooh… Aaaaaaaaah… Over a decade ago, one phone started it all. One phone was largely responsible for making Apple the household name it is today. One phone to rule them all. Anyone who has been a fan of iOS devices will surely get an overload of nostalgia at the mention of this device. It featured a multi-touch touchscreen, the first of its kind, and was touted to be a breakthrough internet communicator. Over the years the iPhone was evolved into an indispensable lifestyle device which doubles as a luxury device. Although the first iPhone is pretty basic compared to what is available today, the joy that it brought us back in the days cannot be underrated. I could say this phone is the mother of all Android phones. Before this phone was released the phone market was a Mexican standoff between iOS, Blackberry and Symbian OS. It was the first consumer Android phone. It featured a touchscreen display and could be slid to the side to reveal a QWERTY keyboard. It was heavily integrated with Google services and featured a notification system showing recent messages from installed apps. HTC might not be very popular today but it definitely was one of the most beloved handsets of choice while growing up. Alright folks! We have come to the end of the ride here. No matter what device you may have started your cellular life with you are bound to have recognized a device from the above which made you vomit rainbows. Which phones do you think I left out from this list? What else do you remember from your days of using a mobile handset while growing up? Share your thoughts below…