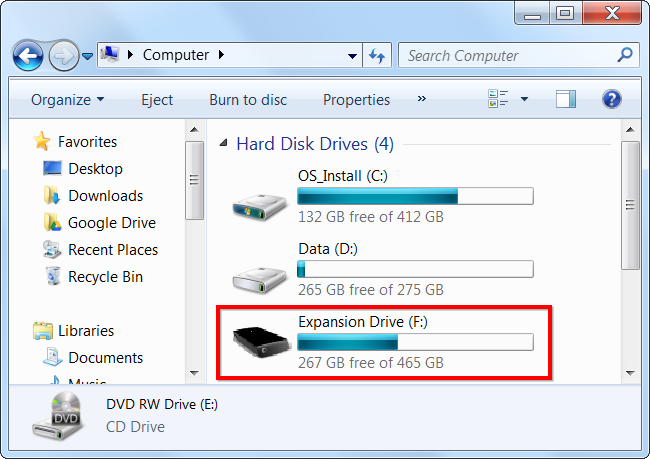 Have you realized storage capacities on hard disks and memory cards are always smaller than what is advertised on the package? You sometimes think you have a flawed device or the Circle boys have played a quick one on you. That’s never case. Mathematics and marketing are the rationale behind this.

Humans think and mostly work in the decimal numeral system, but computers do in the binary numeral system; all they know is ones & zeros, which is why AFD is here to convert back to base 10 🙂

In the quest to make it easy for customers to understand storage capacities, data storage companies agreed to market their products in the decimal numeral system.

Therefore, by purchasing a hard disk drive with the inscription 1 TB, one ends up with 931.32 GB. Let’s do some maths:

Another reason why a few megabytes seemingly get missing on hard disks and memory cards is due to the filesystem. To be able to use any storage device, it needs a filesystem. A filesystem is the methods and data structures that an operating system uses to keep track of files on a disk or partition. So for example a disk can be formatted as FAT32, NTFS, exFAT, HFS+ etc; after the operating system formats a drive, it write indices and maps on the drive to be able to track the files. This is the same way you write your details on an A4 sheet before you start using it, that space used is is very vital but not usable to you. Hence, a 16GB SD card will never show the full capacity after formatting.

Due to this ambiguity and apparent inconsistency, the International Electrotechnical Commission in 1998 established unit using the binary prefix, where 1 kibibyte (KiB) is 1024 bytes, clearing differentiating 1 kilobyte (KB) which is 1000 bytes.

There you go, I believe you have been enlightened with this post and now know where our precious storage space always ends up being less than advertised. Remember to share this post with a friend who has still not gotten to terms with his 1 TB HDD displaying 931 GB 😀