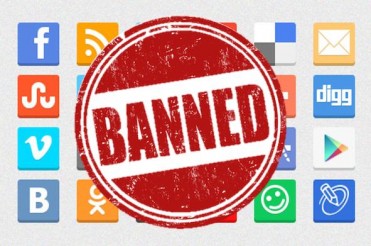 The ecology of the tech space mimics with apt accuracy that of the wild; for example, lions preying on deers. I guess that’s exactly what happened when telephones and mobile phones drove the telegraph into extinction. The tech evolution continues unabated and guess whose turn it is to suffer: the Telcos.

Recently, there has been a cry in the wild with the Telcos lamenting the negative effects of social media on their business. This new trend is here to stay, and as usual, something I have not yet imagined will take its place in ten years, give or take. I thought I should take a look at this emerging trend.

How Telecos Are Set Up

Let’s focus on Ghana. The Communications Industry, a subset of which is the Telecommunications Industry, is regulated by the (Ghana) National Communications Authority (NCA). Before you can obtain a telecom license in Ghana, you need to submit a myriad of documents to the NCA including but not limited to company profile, market plan, engineering design system, business plan, financial reports and spectrum requirements. You also agree to be under the overwatch of the NCA who monitors and regulates every action for the good of the general public. Occasionally, you are slapped with fines if you fail to meet standards.

By far the biggest investment Telcos make is setting up their infrastructure. This includes establishing cell sites, acquiring a Home Location Register (HLR), Mobile Softswitches and fiber-optic cables. Companies also have to employ people to run the business. In addition to this, there are different license fees for the use of 2G, 3G and 4G LTE technologies. Clearly, expenditure at this stage could run into millions of dollars.

After getting the setup done, they are now ready to rake in revenue from subscribers who pay to use the various services they have to offer such as data and voice calls.

Beyond the initial investments, Telcos spend a lot of money on infrastructure upgrade. Recently, MTN Ghana upgraded their network to support 4G LTE. Let’s not forget other commitments like Corporate Social Responsibility and advertisements, sometimes going as far as painting people’s houses and kiosks. Ghana is all red, yellow and blue these days. And then there is almighty taxes to be paid.

How Social Media Networks Are Set Up

I looked up how to start a social media network on HowStuffWorks and it sounds pretty simple.  You get your focus right, target an audience, seek funding from a Venture Capitalist, acquire a bunch of servers and employ some good programmers to transform your idea into a software program. When this is done, you need a distribution channel — like the internet. Play Store, App Store and Amazon App Store are some excellent avenues that can facilitate mass distribution of your app.

You do not necessarily have to make initial capital intensive infrastructural commitments. As your company grows and gets bigger, infrastructural expenditure and maintenance could run into millions of dollars.

Social media companies spend a lot of time and money on Research and Development because they have to be innovative to stay in business, thus the incessant updating of apps and introduction of new features. Poor Hi5, they collapsed even before the social media became a thing.

Although social media is regulated to some extent, we must admit that the industry is still nascent and these regulations are not comprehensive. You’d think that it will be a given for WhatsApp, a service with over a billion monthly users, for example, to encrypt messages sent with the app, but no, this no-brainer security feature got switched on only a couple of weeks ago. This means before, your messages “could” be intercepted and decrypted with relative ease. Oooh, the things we send on WhatsApp.

Again, while one would expect Lucy Quist to commission a borehole in some deprived community as part of Airtel’s CSR, no one thinks Mark Zuckerberg should do same. This gives these multinationals the latitude to invest in ambitious projects like going to Mars, which is laudable by the way.

Why Telcos Are Bleeding Dry

MMS was created to transmit images, video and sound (exactly what most of these social media networks do) but it failed miserably to gain traction in Ghana and is pretty much dead now. Come to think of it, where else in the world is MMS still working? Video Calls, well who makes video calls anymore when there’s Hangouts, Viber and Skype?

This leaves two of the major revenue streams for Telcos practically dry. SMS has seriously been bruised and is now languishing in a coma owing to the massive proliferation of social media networks and its accompanying change in consumer behavior. This leaves only two services in good health, namely Voice Calls and Data. Now, the viability of the voice calls service is threatened and Telcos have had it. They can’t keep up any more.

The mass migration of users from voice calls to data calls threatens the revenue of Telcos severely. The paradox here is that social media heavily rely on Telcos to operate and now the growth of social media is threatening the very existence of these Telcos.

Is Banning Data Calls The Way To Go?

There’s been talks of a possible ban of data calls in order to improve revenue Telcos generate from voice calls. While the world is used to Revolutionary Innovation, it is yet to understand and fully appreciate the concept of Disruptive Innovation, which is a new and ruthless mutation.

The first reaction when a business’ existence is threatened by a disruptive player is definitely not to call for retrogression and obstacles in your competitor’s way so you keep up. In addition to this move being counterproductive, it is laughable.

If we are going by this dog-eat-dog model, Telcos should shut down their mobile money business because traditionally, financial institutions handle money transfers. Telcos in developing countries (including Ghana) identified the cashless system as a preferred alternative for users. Taking advantage of the absence of a card system and their (the Telcos’) presence in even the remote parts of the country, they offered to fill the value gap. The result of this disruption has been creating a potentially large revenue channel for an industry whose objective was to transmit information! Not all the strict and traditional regulations of the financial sector apply to Telcos and this makes that business more flexible and lucrative.

Television broadcasting stations have not sought an injunction against YouTube, Vimeo and the like because the latter hurt their revenues. The Email system has rendered the post system considerably under-patronised. Amazon, eBay and others are hurting supermarkets, and unconventional methods of oil production have costed conventional oil producers over $980 billion in less than 5 years. The list goes on and on.

What is ironic is that, Telcos charge for data! In 2009, 50MB of data a day was enough for an average phone user (because there were only a few social media). Now, the average user uses more than 200MB a day (the reasons are obvious). Does this not translate into additional revenue Telcos would have otherwise not generated? And oh, Telcos also run various promotional offers where customers get Internet bundles to access Facebook, WhatsApp and Twitter for free! That looks like incentivising people to use social media, doesn’t it?
Do the telcos in Ghana have any precedent as to an action of that sort that went well? Does Brazil ring a bell? Even with that, how long could it be sustained? We all know it was no way the real solution.

There are bigger Telcos elsewhere than those we have in Ghana. Have any of these bigger organizations such as Verizon, AT&T or Vodafone UK suggested a banning spree on platforms that make communication much easier and affordable? Definitely not!

Banning data calls does not immediately guarantee an increase in revenue for the Telcos. I am no human behaviour expert, but attempts to sit on the internet freedom of ordinary users does not end well. A ban on using a website, or service, of which the listed platforms are either one of, or all of, falls under the talked about internet censorship happening around the world.

Initially, there will be an outrage on social media from those who rely heavily on data calls to reach their loved ones. This will coincide with the numerous discussions on radio, TV and newsprint about this move.

Customers will react to such a drastic and brutal decision. They will resort to using outlets like VPNs for the same purposes. It is fairly easy to set up a VPN, and count on AFD to show you how when it gets to that.

If the NCA does not ban data calls on networks whose primary business is data (like Surfline, Busy, Main 1, Zipnet, etc), they’ve given away the data business on a silver platter. If I were Surfline, I will slowly increase my reach in the country and capture a huge portion of the market. Bottomline, this move will translate into more revenue for companies like Surfline should they take advantage of it.
If the ban affects these data networks, it’ll be bad for them as less people would demand their products. They will join the public to challenge NCA’s move.

Okay, We Don’t Want To Ban Data Calls. What Should We Do?

So now there’s a disrupt. How do Telcos reposition and adapt to the changing times? As an average Joe, these are my thoughts:

During the Spacefon and Buzz days, I bet my bottom dollar cedi that no one ever imagined Telcos performing a role otherwise meant for the financial sector. Now it’s virtually impossible to disassociate Mobile Financial Services from Telcos. There are lots of avenues for Telcos to make money. Telcos could venture into Cable TV and Marketing / Advertising businesses, just to mention but a few.

If the Telcos can isolate network packets, including ones that are end-to-end encrypted packets and block them, then why not channel that effort into isolating and applying a different tariff to such packets rather than banning it altogether and losing out on revenue? Vodafone X already provides a data package for WhatsApp, Twitter and Facebook and another for everything else so it should not be difficult to implement price differentiation

Go radical and downscale some services

If the Telcos feel their investments and expenditure with regards to some of the traditional services are not economically reasonable, further developments and upgrades could be halted saving them some money. Has anybody noticed that tiGO doesn’t do MMS anymore?

As mentioned earlier, there are different charges and fees associated with each form of technology used by Telcos in their business. If the NCA relaxes these charges, things could look up for the telecommunications industry players. Also, existing requirements stipulate minimum tariffs networks can charge. I agree this regulation helps with tax revenue but reducing the minimum tariff is one way to compete with social media networks without putting in a lot of innovative and creative efforts