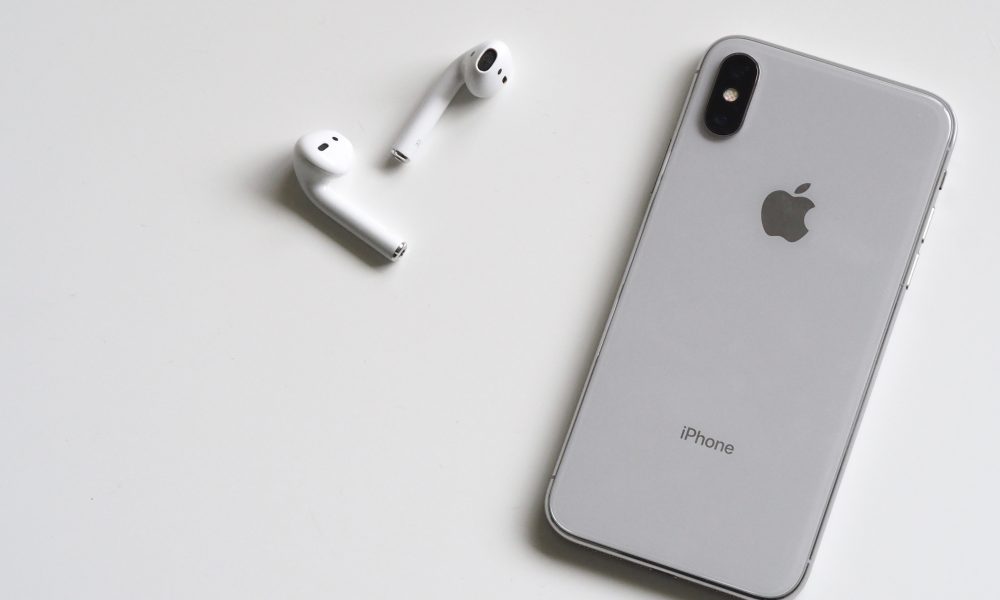 I ruined an AirPod last night. The right pod slipped from my hand and dropped out of the trotro I was sitting in. As expected, at least one car drove over it. So yeah, that’s the end of my it. $159, gone, just because I refused to order an Uber which would’ve cost me under $5. Lesson learnt. If you ever needed a reason to rely on Uber for transportation, you have one now. An Uber a day keeps misfortune away. And Uber, make sure you contact me within 48 hours because I don’t do free publicity when I’m grieving.

Speaking of grieving, I’m hoping to exhaust the whole grieving process by the end of the week. Last night, my first instinct was to get new AirPods within 24 hours. Upon further reflection, I have decided to hold off on that for a bit, partly since I’m still in denial, and because the 2nd generation of AirPods will be announced in the coming months. The latter is the whole point of this post. People have expectations of the next AirPods, and I’m here to share mine.

Before diving into that, let’s observe a minute of silence for my fallen AirPod and also to thank my friends and family for all the love and support they have expressed in these trying times. The love has been overwhelming. My daily driver. My commute companion. My indoor karaoke company. My fitness facilitator. Gone and soon to be forgotten. *Blows nose and ears* Now to the second generation AirPods (hereinafter referred to as “AirPods 2”). Apple should give the AirPods 2 maximum attention, given the first AirPods garnered enough attention and sales to move the product from a mere accessory to an entire product line in its own right. I believe most, if not all of the things on my wish-list should be thrown at a product which has etched its name in the mid-level earphone market and in pop culture.

Apple’s original AirPods come with a glossy white finishing, which draws you in initially but gets boring in no time. Currently, the only way to get coloured AirPods is with third-party customization options like ColorWare and Slickwraps, which come at an extra cost. The good news is, history shows that Apple eventually has wrestled third-party accessory makers for their money (See: Dongles and battery phone cases), but this has less to do with accessories and more to do with umm…colours.

Speaking of history, what does the past say about Apple potentially offering more colours? The original earpods came in white and remain white to this day until you own them. Then they magically discolour in 4 business days. That seems to shoot down any hope of possible colour variations for the AirPods, right? Not exactly. The original iPhone came in one colour too, and if Apple recognizes the AirPods as a product line, then I don’t see why the wireless earphones shouldn’t get the same treatment as the iPhone or other Apple products.

The case of the AirPods looks cute until you own pants with tight pockets, then you have a bulge on your thigh you’re consciously aware of every second. Shaving a few millimetres off the diameter of the case or perhaps redesigning the case to assume an entirely different form factor could make a big difference.

Volume up and down. I admit this is a tricky one. I’ve heard several touch-sensitive headphone owners complain about their headphones being too sensitive. Stories of accidentally increasing or lowering the volume when they didn’t mean to, and that’s because one thing is common among these headphones. The swipe gesture is used to regulate the sound on them. How about Apply tries something else? Like the long-press gesture. Long press the left ear to reduce the volume, long press the right ear to increase. Forgive me if it’s a dumb idea, I made this up three sentences ago, and I’m still grieving.

It’s a small but necessary addition. When my AirPods were alive, (sniff, sniff) I can choose to skip music, go to the previous song, play and pause music, receive and end calls, all without directly interacting with my phone. All these were available on the primitive wired earpods. Do you know what else was available on the old earpods? Volume up and down. Guess which one costs quintillions more? The AirPods.

“But Edudzi, this is creepy and controversial.”

Yes and no. Yes, because privacy concerns. No, because it will be an opt-in function like the other functions. Also, Apple has a better track record of respecting user privacy (DO NOT SEE: Group FaceTime bug).

This is how I mapped my AirPods to function when double-tapped:

I mapped my left AirPod to go to the previous song when double-tapped, and the right one to play the next song. To use Siri (which I would find useful), I’d have to sacrifice a feature to map Siri to either the left or right ear, which to me, is not an option. This is where an always-listening comes in. Instead of double-tapping, I should be able to activate Siri by saying “Hey Siri”.

I relied on my AirPods for making and receiving phone calls. I had no issues hearing the speaker on the other end in any environment, but my friends complained several times about me sounding distant. It always improved after I switched to a different pair of earphones. A few people on my Twitter feed also complained about this issue. The AirPods 2 should come with better sound receivers and noise-reduction functionality.

Pedometer, heart rate sensor, and other sensors if possible

This is arguably the most popular request on the internet. It reinforces the “standalone product line” argument, too. The AirPods 2 will offer more value for money if it comes out of the box with this feature alone. Apple is already pushing hard in the healthcare and fitness industry with the Apple Watch, so it shouldn’t be far-fetched to ask for a footstep counter and a heart rate monitor in the earphones, especially for people who may not own the Apple Watch. For people who own both, it’s still a win because now you have two devices tracking your health and fitness activities, increasing the chances of having more precise data.

And oh, throw in a voice gym trainer for good measure.

Still on fitness, maybe the AirPods 2 should come in 2 or more variants? The standard edition and a more specialized, sweat-proof edition with the fitness trackers for a higher premium? I’m just saying, but it makes business sense to appeal to as many different markets as possible.

That’s it for me. I never ask for much. Music on the first generation AirPods sounds good for mid-level earphones. Good enough to be almost any average consumer’s go-to daily driver. The earphones pair seamlessly with my phone with the help of the W1 chip so there’s no issue there.

People have asked for active noise-cancelling, but I struggle to see the need. If you thought the stems on the AirPods were weird and ugly, imagine what a pair of noise-cancelling AirPods would look like. I’d say Apple should leave the AirPods as they are and make a different high-end over-ear pair of headphones to take on the Sony WH-1000X M3, Microsoft Surface Headphones, and the Bose QC35.

Perhaps a clearer mind will bring forth more wants. For now, it’s weeping, wishing, and waiting for me. In the coming months, I hope to see a product with many of the features listed above to lure me into falling in love the same way I fell in love with the first generation AirPods. Oh, speaking of falling, I just got one new idea: the AirPods 2 should be trotro-friendly, to avoid another disaster.

One thought on “7.5 features and improvements I’d like to see in AirPods 2!”