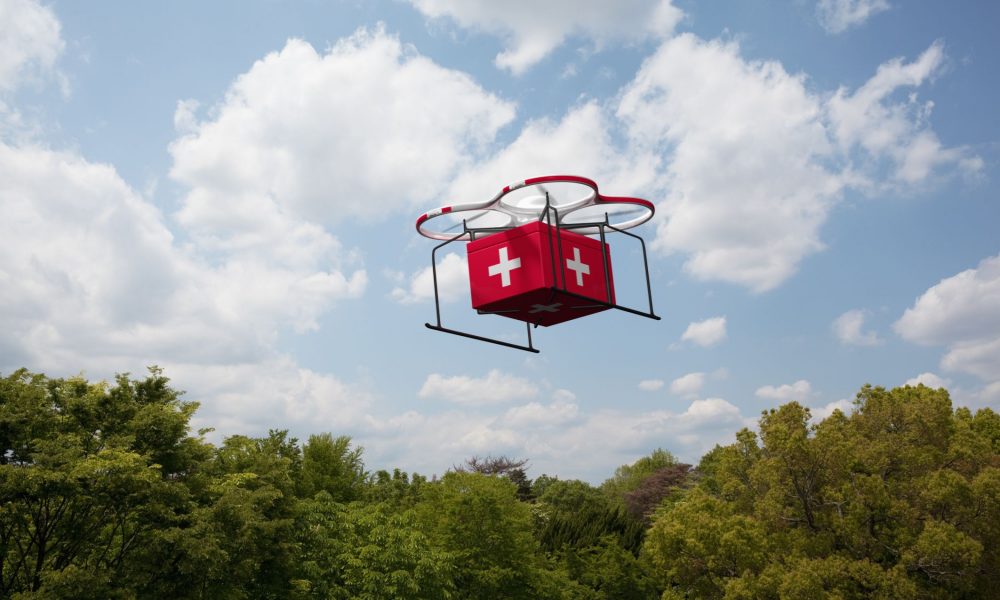 In 2015, the world had its modern Kitty Hawk moment when drone delivery company Flirty, made the first recognised drone delivery to an uninhabited area in Hawthorne, Nevada. Drones have come a long way since then, with countless experiments trying to improve their reliability.

As a quick heads up for a few of us who might be clueless of what a drone is, it is simply a UAV (unmanned aerial vehicle) which can be controlled remotely for surveillance and other purposes but mainly to carry out tasks considered too strenuous to be carried out by humans. Although drones were originally developed for military purposes like espionage and reconnaissance they have fast gained other purposes in aerial photography, agriculture, transport, policing and even recreational activities such as drone racing. Since the commercialisation of drones, countless companies have adopted and experimented with them in an attempt to refine the services they offer to their clients. One notable example here is Amazon which is developing prototype drones for the purpose of delivering lightweight packages to customers.

Ghana has been no exception to this trend as denoted by the recent decision by the Ministry of Health to use drones in delivering medical supplies to remote places. This may come as a breather but yet still has been met with scepticism among most Ghanaians. Is Ghana truly ready for such a bold step in revolutionising its health sector?

Let us look beyond the horizon and see the example Rwanda has set in this regard. The Rwandan government in 2016 partnered with a drone company, Zipline International Inc., and built a distribution centre close to the town of Muhanga. The company operated from there by sending drones to deliver blood and other supplies to neighbouring communities. The relative success of this project may have been a source of encouragement to other countries especially in the sub-Saharan region to adopt this, of which Ghana is aiming to be the first West African country to fully deploy.

Zipline International Inc. happens to be the same company being contracted by the Ministry of Health to carry out this project in Ghana. When fully operational, the system should drastically improve the supply chain of medical and pharmaceutical supplies. For example, drones can be used to reach areas with bad roads, which are commonplace in rural Ghana, thus eliminating the need to use vehicles which can be costly, uncomfortable and time-consuming. There is also the potential for this system to be used in the delivery of other items besides medical supplies like parcels. It is definitely no easy task and raises several concerns which are going to be examined shortly.

First and foremost the issue that screams blue murder over here is the apparent lack of public empathy and less than desirable maintenance conscience found in Ghana. If such a system is to succeed in the Ghana the first challenge that needs to be overcome is what was just mentioned. Most Government projects are notorious for quickly losing value or not being self-sustainable after being initiated. It is also quite interesting to note that most health professionals in Ghana are not adequately informed about drone technology and its potential in revamping the healthcare industry. It would be sad to see the drone delivery system being jeopardised by neglect and oblivion and consequently forced to walk the plank.

A brief interview with several health professionals revealed another source of worry. Though this may appear trivial to some it also exposes inconsistencies in the existing healthcare system. Most blood banks are alleged to face low reserves of resources including low patronage by blood donors. There is a major contributing factor here; in Ghana only two out of every 1000 people give blood voluntarily. Most Ghanaians donate blood only in times of need and usually to family members which is not the best. As such the National Blood Service reports that it is unable to meet its yearly targets and many lives are lost as patients who need transfusions do not get timely access to blood.

Many feel that there is no need to implement the drone delivery policy when the items they are meant to transport, which in this case is primarily blood, are non-existent in the first place. Such a fundamental flaw is just like say, constructing a dry dock in the middle of the Sahara desert.

Additionally for a country with over 25 million citizens, Ghana’s national ambulance service is reputed to have a woeful figure of less than a 100 working ambulances. Couple this with the congestion you would usually find on the streets of most major towns and cities and you have a system which is caught up in a straitjacket. Most people resort to the use of private vehicles, taxis and even motorcycles, which are inappropriate in the first place, to transport the sick and wounded to health facilities. The death toll arising from these circumstances in recent years is not a pretty figure to look at.

Now come to think about it, all this would also require the employment of properly trained IT professionals or experts in all institutions or health facilities where this would be operated. While this is definitely creating jobs it also turns out to create a problem while solving it. Recruiting workers into a sector where existing workers are not being adequately catered for sounds like something lifted right out of an Orwellian paradox. There is a big question here; are we ready to employ?

At this point you may be discouraged and might be led to think the drone delivery system is just another example of vapourware. As overwhelming as these few challenges being presented here may seem it can be said that other health policies have been implemented successfully in Ghana and have seen widespread patronage amidst several hurdles in the initial stages which is quite normal in the development of such projects.

The Community-based Health Planning and Services (CHPS) program has been one such success story. Since the main focus of the drone delivery system appears to be community based it would be very prudent to follow similar procedures used in health programmes like the CHPS. The system can be piloted in certain select communities to ascertain the potential problems and eliminate them. This should pave the way for nationwide deployment and contribute to the stability of the entire programme. Drone tech has been used to save lives and improve living conditions of people in several countries. Ghana is bound to benefit from all these and more in the long run if this can be worked out the right way.

Ghana has a fast fledging tech industry which is bound to catapult its development at a rate faster than imagined. The drone delivery system is one of such which will mark the coming of age for Ghana in a world which is already dominated by innovation. All this remains to be seen and will only hold true when the drone delivery policy eventually gets off the ground. That day will soon come when we shall look up and see lives being saved by a little mule in the skies.

5 thoughts on “Can drones take the healthcare sector in Ghana to the skies?”