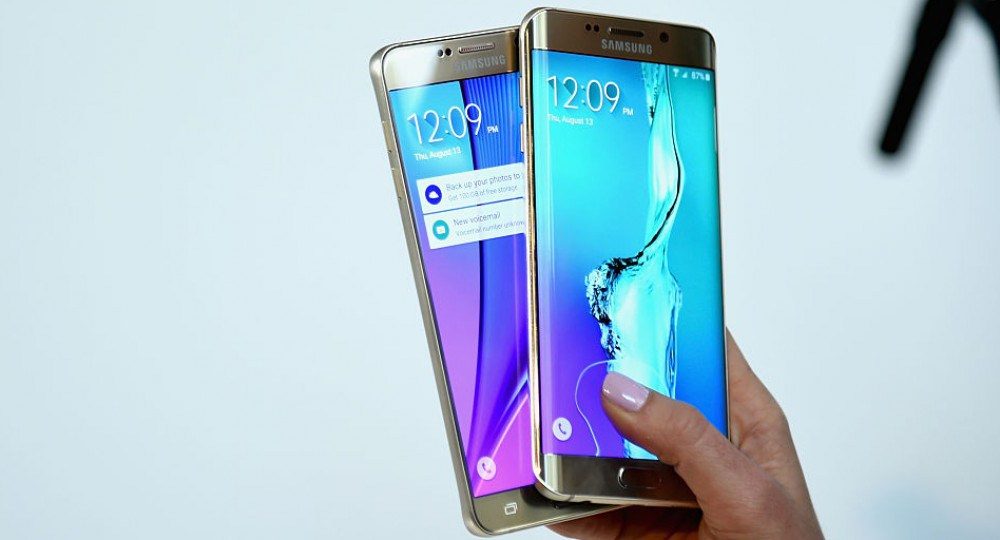 I finally got my hands on the Samsung Galaxy S7 Edge and not to sound like a five year old in a toy shop but it’s an amazing phone. The variant I’m reviewing is the international Exynos 8890 Octa-core version with 32GB internal storage and a whooping 4GB of RAM. Before I delve into details, here’s a quick spec sheet of the phone:

The phone has pretty much the same premium metal and glass body we saw Samsung introduce with the Galaxy S6. Mine came in Onyx Black which looks sleek and feels great in hand. Without a case it’s quite a fingerprint magnet and I found myself having to wipe it every 10 minutes but that’s nothing a case or beautiful skin can’t solve. It’s also quite slippery especially when I use it while laying in bed but then again a case should give me better grip.

Coming in at a thickness of 7.7mm and weighing just about 157g, Samsung managed to design a phone with a huge screen that doesn’t feel huge at all. The curved edges on both sides of the screen, manage to make the 5.5″ screen not feel like a 5.5″ phone should and that’s a good thing.

At a glance, you’d think Samsung didn’t change much from the Galaxy S6/S6 Edge(+) but there are differences. The Galaxy S7 Edge is curved at the back in each corner of the phone making it more comfortable to hold and that helps in creating the illusion that it isn’t that big. Holding the S7 Edge reminded me somehow of the Galaxy S3; natural, organic, curved beauty.

Samsung listened to its customers and brought waterproofing back on the Galaxy S7/S7 Edge. I tried it twice myself by running the tap over the phone and I just typed this line with it. The earphone jack is at the bottom (I’m not a huge fan of it’s placement) right next to the USB Charging Port and Samsung threw in a nifty trick where it doesn’t charge if it senses water, quite thoughtful. The display is nothing short of stunning.

Colours are vivid and rich and Samsung keeps improving it’s Super AMOLED technology. The speakers maintain it’s position at the bottom just like it did in the Galaxy S6/Edge. The speakers are very loud when playing music and games and watching videos but I found it sounding softer when it came to notifications. I had the volume cranked up but I consistently noticed it muting down on notifications. One disadvantage of the speakers being at the bottom is that my pinky finger kept covering it whenever I held it in landscape but that’s something I’d have to get used to.

Samsung listened to its customers and brought waterproofing back on the Galaxy S7/S7 Edge. I tried it twice myself by running the tap over the phone and I just typed this line with it

Samsung listened to us and brought back the microSD slot. It shares space with the SIM tray that goes into the top of the phone. The S7 Edge I have is dual SIM, that came as a major surprise to me. Samsung didn’t market that loudly but the SD card slot doubles as a slot for a second SIM. So you can either have a SIM and an SD card or two SIMs and no SD Card.

The home button doubles as the fingerprint sensor and it’s very fast. It took the sensor about a day to learn all 3 fingerprints I registered and all I had to do was just put any part of my finger on it and open sesame. It’s as fast as the iPhone 6S sensor.  Samsung got it right this time round. In short, this is beautiful phone. You have to see it to appreciate its beauty.

What made me choose the S7 Edge over the S7 is that generous 3600mAh battery. We all want that phone that can take us through the day on one charge and the S7 Edge is that phone.

Samsung’s fast charging technology means the S7 Edge can go from 0-100% in about 90-100mins. It especially gets to 70% very fast and kind of slows down a bit after that. Using it for the past 7 days, the furthest the battery took me was close to 23hrs of use. Yes, you read that right—23hrs—but I normally had 16-18hrs of use before I had to recharge it. It is worth noting that I use WiFi a lot and that probably accounted for the extended usage but even on mobile data, I had 15-17hrs of overall use.

Battery drainage overnight was to a bare minimum thanks to a battery enhancement feature in Android 6.0 called Doze. Doze essentially shuts down almost every thing in the phone leaving just the radios and high priority notifications. I could go to bed with 70% power left and wake up to 67% remaining.

The phone never overheated when I had multiple apps running and even when I was playing Asphalt 8 or Skyping for hours. Samsung says they placed a cooling system in the phone; that means it never heats up but I did notice it get quite warm only when it was on charge.

This phone is freaking fast.  Like Bugatti Veyron fast, OK I’m getting carried away but I could see the new Octa-core Exynos processor getting things done quietly internally without breaking a single sweat.

Multiple apps open? OK. Switching between apps? Got it. Multi window? Pffft. Throw anything at this phone and it handled it perfectly. Apps opened with literally no lag, the performance is smooth and buttery and that 4GB of RAM manages apps very neatly. I have absolutely no qualms in this department, the Galaxy S7 Edge lives up to expectations.

Samsung also debuted a dedicated Game Launcher that basically drives all the processing power the chips have to offer to mobile game play guaranteeing console quality game play. It delivers on that promise. You can turn off all notifications during game play with the Game Launcher and also lock the capacitive buttons and home key so you’re not distracted in anyway when trying to beat that top score.

When I heard rumours that the S7/S7 Edge was going to get a 12MP Camera which is a smaller megapixel count than its predecessor, I was said to myself, “What’s Samsung thinking?! The S6 and S6 Edge have great cameras so why tinker?” But then again the experts will tell you more megapixels does not necessarily mean better photos. The S7 Edge comes with a 12MP rear camera and a 5MP front camera. It also boasts Optical Image Stabilisation and shoots:

Samsung got the camera on this phone right. The rear camera is amazing and is probably my favourite thing about the phone. I found myself turning into a photog for no reason any chance I got. What Samsung did with this camera is that they developed a new sensor with larger pixels; 1.4-microns, up from 1.12 before which allows the 12MP shooter to take in more light, allowing for improved picture quality in low-light, paired with a brighter f/1.7 lens to let more light in. All that sounds quite technical but essentially this camera captures more light for better photos.

Samsung improved autofocus with this camera and you can easily tell when you launch it. It’s literally already focused and waiting for you to snap away. Tap any area on the screen and it focuses instantly, almost like the human eye would. I found the autofocus to be quite aggressive sometimes by blurring out the background a bit too much for my liking but that’s just me nitpicking. The front camera boasts a 5MP sensor and is great for selfies. Samsung’s beauty face mode does wonders in smoothing out your face which is a feature that will help you catfish the hell out of your crush. (Instagram honeys would like this one. 200 likes already guaranteed).

Samsung added a couple of exciting software tricks to the camera like motion capture which captures movement 3 seconds before a picture is taken much like Apple’s Live Photos feature supported with other new additions like motion panoramas; a short 1080p video recorded as you shoot panoramic images and a Hyperlapse mode for time lapse videos. Samsung introduced a quick way of jumping to the camera by double pressing the home key. It works whether the phone is awake or asleep, something I found very nifty and useful.

Samsung threw its Touchwiz UI over Google’s Marshmallow and to me, it’s beautiful. Stock icons are clean and visually pleasing although I wish Google could enforce app icon sizes aggressively like Apple does.

The app drawer tends to be a mess sometimes with all the different app icon shapes and sizes.

A major feature that Samsung has been marketing with the Edge is the Edge Panel. They’ve made it more useful and the panel can fit two row of apps you regularly use. I hardly used it because I already put the apps I use a lot on the home screen and I’m most likely going to have them already open in the recent apps drawer.

You can also download other Edge Panel apps (there are not too many currently) but I installed Yahoo Sports and CNN.

The Edge Panel is pretty much just for showing off to your friends the cool stuff your phone can do. It also displays notifications when your screen is locked by rubbing on either side of the phone up and down like a genie’s lamp, swipe left or right and you get a short news headline from Yahoo News.

The Edge Panel is a cool feature regardless and I’m not going to use it much but neither am I complaining.

I love this phone. I won’t even hide it, it’s  a great device and I don’t even see the LG G5 giving it any competition or even HTC’s unannounced M10 putting up a fight. (Yes, I’m reaching). I’d recommend this phone for anyone looking for something new. It looks great, has great battery life and an amazing camera, not to mention waterproof as well and is very fast. Great phone all round.

Editor’s note: This article was written by Sean Renner