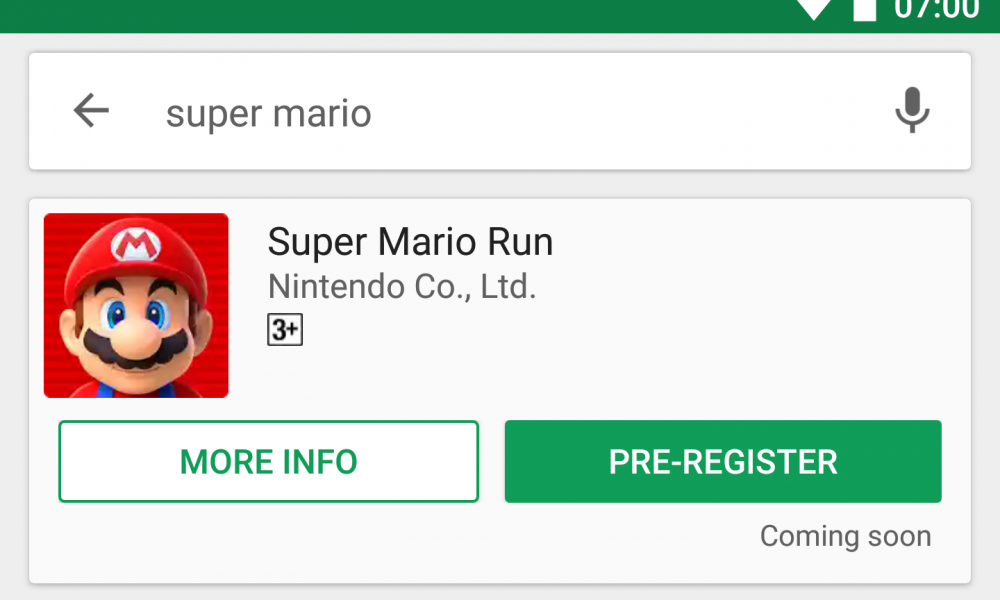 Released on the 13th day of September 1985, Super Mario is an indelible part of our childhood. Ever since its release, it has appeared on every major Nintendo video game console and handheld. Back in the day, we used to queue at game centers, impatiently waiting for turns to have a feel of this great game.

Back in the day, we used to queue at game centers, impatiently waiting for turns to have a feel of this great game.

During the Apple’s launch of the iPhone 7 and 7 Plus last September, Nintendo Entertainment System announced that Apple users will have the opportunity to relive a bit of their childhood by offering Super Mario Run on iOS.

Ever since its launch, iPhone and iPad users have being enjoying the app exclusively with over 50 million downloads and we knew in next to no time, the most glorious OS, which also happens to be the mobile OS with the largest user base in the world was going to have it too. Now, it’s finally time! Super Mario Run is almost ready to run on Android!

The app has made an appearance on Play Store, but you can’t download it yet. Its pre-registration page is live on the Google Play Store. If you pre-register, you will be notified to install once it becomes available. No date is officially out but we are keeping our fingers crossed for an early New Year’s present.

Head over there to pre-register so you are notified when the app becomes available for download.