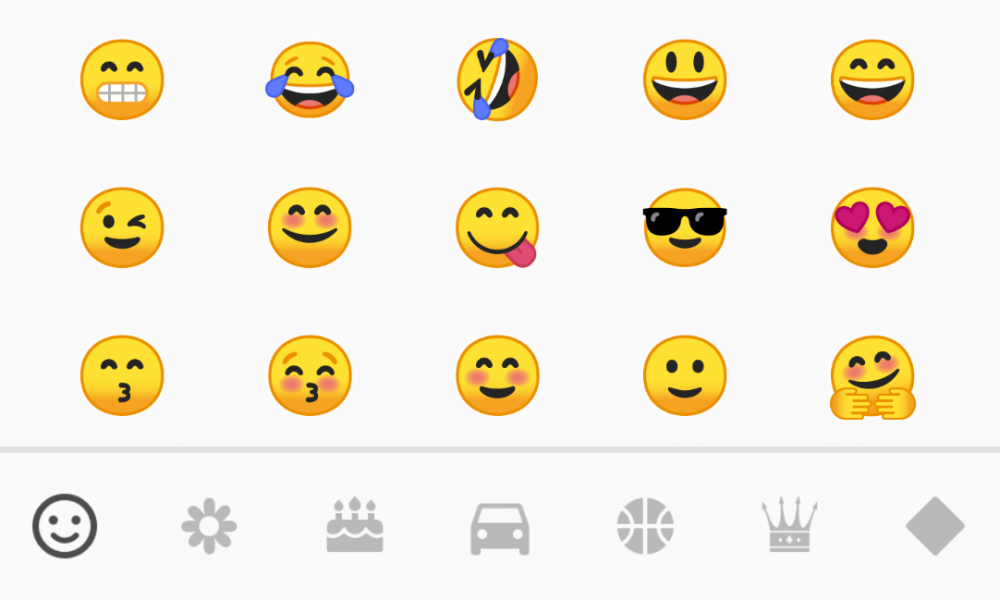 Before you wonder why I’ve dedicated an entire article to just talk about emoji, know that out of the four key changes to Android in Android O, emoji was number 1 on the list.

One of the major announcements yesterday was the roll-out of Android O beta, the iterative update to Android Nougat. Of course, as expected in the change log, Google highlighted newly designed emoji as one of the major changes to Android. Back in 2013, when emoji support on Android was still nascent, we looked forward to hearing changes and advancements made in that regard during Google I/O events, to the ridicule of many iOS users.

Starting from Android 4.4 KitKat, Google introduced emoji support on Android, which to be honest, didn’t quite match up with what we had seen on iOS. Emoji faces were basically just yellow blobs. Year after year, emoji on Android kept getting visual refreshes. The yellow blobs that we came to love kept getting optimised year after year. Yesterday was a sad day in the blob kingdom: Google retired our dear yellow blobs and completely redesigned EVERY SINGLE EMOJI. At first look, I didn’t quite like the new design scheme. The colour scheme of the new emoji seem all over the place and they looked quite unpolished to say the least. But as I kept using the new emoji, I noticed they looked more realistic and closer to what we have on WhatsApp and iOS. Looking at the new emoji with a keener eye, I feel Google should have ditched the borders around the redesigned emoji. Perhaps that would have made it lighter and easier on the eye. Also, Google seems to have capitalized on the removal of old Android conventions, such as ban on the colors pink or red, and starts anew with a tonal stroke around each emoji and gradients.

But what can we do? Emoji 5.0 is here to stay — until the next redesign. Hopefully, it’ll grow on me soon.