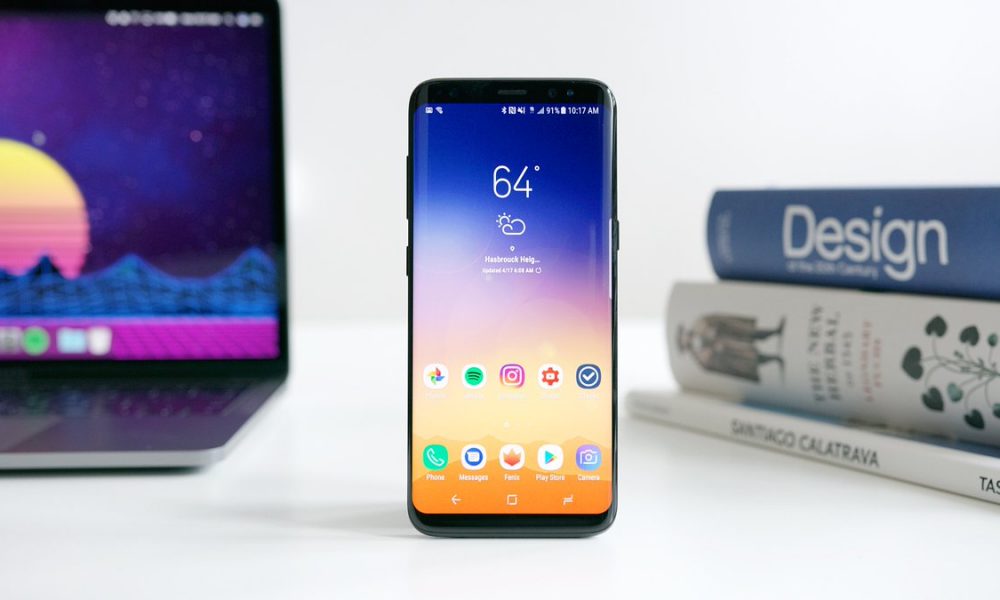 Somewhere late last month, Samsung released the Samsung Galaxy S8 and S8+. Prior to the Unpacked event in Barcelona, Samsung teased that it had re-imagined the look and feel of modern smartphones as we know. They were not wrong: the Galaxy S8 is the most beautiful phone I’ve ever seen. I have had over 4 hands-on experiences with the device and figure it is time to let know what I think about the phone.

Before I progress, I have not used the S8 long enough to authoritatively put out a full device review – this post is merely a collection of my opinions and impressions about Samsung’s latest flagship.

Let’s take a quick glance at the specifications of the S8:

The first thing I said to myself when I saw the Galaxy S8 was “Stop it! There is no way this thing has a 5.8” screen!” Samsung managed to efficiently squeeze a huge display screen in a not-so-large frame and proceeded to add a touch of aesthetic goodness by doing away with the home button and spilling the screen over the sides of the phone. To give it a bit of perspective, in terms of length, the S8 is a whopping 13.7 mm shorter than the 2013 Galaxy Mega, which also has a 5.8” display! Also, the S8’s breadth dimension is 14.3 mm shorter than the Mega. The nearly bezel-less front display is an incredible use of space.

Unfortunately, the prominent iris scanner and the front camera lens at the top left corner sort of distorts the free flowing beauty of the front display — nothing to be concerned about; it’s just me being extremely picky.

The back of the phone, however, depicts the usual uninspired Samsung back designs that we are all used to. Well, this is not much of a problem as most of us hide the back of our phones in cases and skins anyway. Because Samsung dealt away with the traditional home button which housed the fingerprint scanner, they had to migrate the scanner to the back of the phone. Usually, rear fingerprint scanners at the back of phones are placed just a few millimeters below the camera. Samsung dared to be different by moving the scanner all the way to the level of the camera shooter – a move that could potentially impact the user experience of folks with smaller hands. As expected, Samsung has dropped microUSB 2.0 standard in favour of the USB Type-C charging and data transfer port, and this sits at the bottom of the phone between the earphone jack and the downward facing speakers. With the redesigned front display, I expected Samsung to relocate the speakers so the S8 could have front-facing stereo speakers – just like we have on the Nexus 6P but no, they left it at the bottom where your little finger can easily block.

At the top of the phone, the microSD card and the SIM card tray share the same spot.

In summary, the S8 looks extremely pleasant to the eye but because it is taller and slimmer than most phones, it kind of felt awkward to use initially. I don’t think this will be an issue with sustained usage though.

I was disappointed to learn the S8 shipped with a meagre 3,000 mAh battery. With a 5.8” QuadHD and Infinity display, the screen of the S8 will be nothing less than a battery-sucking monster. But just like we saw in S7, the battery of the S8 could last a whole day due to software improvements in both Android 7.0 Nougat and Touchwiz. I expect it to have an excellent standby time as overnight drains are pretty frustrating. Given the USB Type-C connector and fast charging technology, even if the battery does not match up to 2017 flagship standards, trust your battery to move from 0% – 100% in less than one hour. With the Ultra Power Saving Mode, you can apply a simplified greyscale theme to your home screen and limit the number of usable apps if you’re in dire need.

Just like its predecessor, the S8 dons a 4 GB RAM which is still more than enough, actually. Throughout my usage, the phone was lightning fast and apps opened with no stutter at all. Multitasking and running apps in multi-window posed no performance issues to that Snapdragon 835 processor. I’ve noticed that performance takes a slight hit when you have many apps installed and have used a significant chunk of your storage space. Since I did not have the unit for long, I cannot comment on how the S8’s speed will begin to readjust to suit growing demands for CPU, RAM, GPU and storage resources.

I’m not going to lie – it is extremely difficult to impress someone who uses a Nexus 6P as a daily driver when it comes to phone cameras. I was expecting the S8 to wow me but that did not translate into reality. Don’t get me wrong though, the front camera takes some very good shots but it does not match up to the Nexus 6P nor the Google Pixel. The back camera on the S8 is EXACTLY the same as that on the S7 which is not in itself a complacent thing to do because the S7 camera is top notch. The front camera has seen a bump from 5 MP on the S7 to 8 MP on the S8.

Lately, Samsung seems to be on a campaign to blur the line between stock Android and Touchwiz, while maintaining a unique brand identification. The software on the S8 was no exception to this. With the disappearance of the physical home button, Samsung has introduced soft keys on the S8 – just like what we see on Nexus and Pixel devices, only uglier.

Shipping with the S8 is Samsung Bixby, an artificial intelligence system designed to make completion of simple tasks easier. Think of Bixby as Google Assistant but from Samsung, or as Samsung’s version of Apple’s Siri. Samsung continues unabated in their quest to provide exciting mobile phone experience year after year while simultaneously pushing boundaries and leading the smartphone innovation frontier with their Galaxy SX range. The Galaxy S8 features Bluetooth 5.0, making it the first and only phone in the world with this enhanced capability. Bluetooth 5.0 increases the size of broadcast content by 800% while transmitting information at 2X the speed and 4X the range of Bluetooth 4.0. Packing that 5.8″ edge-to-edge display in a proportionally small frame is innovative and inches the smartphone industry closer to bezel-less displays — Google, I hope you are taking notes.