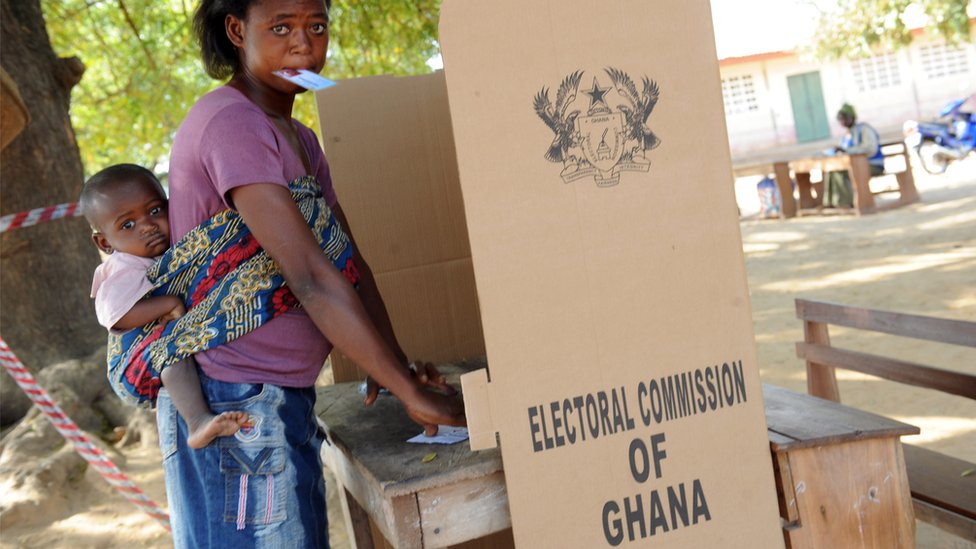 After a myriad of campaign rallies, a dozen heated debates and uncountable gargantuan promises, December 7th is finally here! It is time for Ghana to decide who their next President is going to be.

The world followed attentively one of the most controversial and keenly contested US presidential elections yet. As Ghana and the US vote in the same year, it is almost inevitable to notice the variations in the election processes across these two nations. While the US employs the e-voting system, Ghana is still improvising with the somewhat antiquated system of manual voting.

It is time for Ghana to decide who their next President is going to be.

It’s not all bleak, facets of our electoral process have seen some technological advancements. In 2012, the Electoral Commission (EC) of Ghana implemented the biometric verification process with the hopes of eliminating multiple voting. To confirm one’s polling station and registration details, one can text their voter ID number to a short code (6363).

What’s more, you can use any other valid national ID to verify yourself at the polling station today. If you have lost your voter ID card, you can pay GHS 5 ($1.16) into GCB Bank, obtain a slip and submit it to any EC office to get it replaced.

As the world makes consistent strides towards cyber-physical systems, automation and the Internet of Things, we inevitably would like to see more and more adoption of technology in our voting system. What has been on the lips of most Ghanaian millennials is the concept of e-voting.

Let’s look at what e-voting is

E-voting or electronic voting refers to both the electronic means of casting a vote and the electronic means of tabulating votes. In many countries that employ e-voting, including USA, votes are usually cast manually at polling stations, complete with ballot sheets and boxes. The ‘e’ kicks in when it comes to counting. But let me hasten to add that, five states in the US allow citizens to participate in full blown e-voting. Citizens cast their ballots through the Direct Recording Electronic (DRE) systems.

Estonia, in 2015, held nationwide elections through an online voting system, making them the first country in the world to conduct a complete e-voting election. It is worth noting that Estonia has fewer than a million voters which makes things more feasible and workable.

How different will Ghanaian polls be with e-voting?

If the Electoral Commission were to champion e-voting and we successfully implement the system in Ghana by 2020, will our electoral process be better? Well, not really. I do think the early years will be extremely messy. In a press briefing, the chairman of the EC, Charlotte Osei said Ghana is not ready for e-voting yet. I agree with her.

Considering the large base of valid voters (about 15 million voters are expected to participate in the 2016 elections), we cannot go ‘Estonia’. If we cannot vote through an online system, then some of the common bottlenecks associated with our elections will still persist.

One can argue that, long queues at polling centers are major disincentives to our voter turnout, even if it is to a small extent. Well, not exactly. Statistics show Ghanaians actually do turn up to vote irrespective of long queues.

Tiffs and squabbles at polling stations

E-voting may not take away clashes from our voting process. Collating, scanning and transmission of results at a polling station can still be violently contested by parties who feel cheated. Vote counting machines could be vandalized or momentarily seized by aggrieved parties, just like has been done to ballot boxes and other essentials of the voting process in the past.

A common threat that runs through e-voting is the risk of election results being altered by independent hackers, external governments or running candidates. Servers could be compromised and encryption adroitly decoded. Do you remember all the allegations against the electronic transmission of votes even after hand-counting at the various polling stations in 2012? Consider the computerized high school placement system and the general resentment most citizens have towards it. These and many other examples make it clear there’s generally distrust when it comes to ‘systems’ in Ghana.

One of the concerns of the average Ghanaian when it comes to electronic voting is about the perceived ease with which results can be tampered with, both at the polling station and mid-transmission.

In the US, the voting machines are generally not connected to the internet so there is very little risk of direct internet based hacking. However, the machines could be tampered with physically. Some of the voting booths do not keep a paper trail for verification in case the machines are tampered with. Given all the uncertainties, voters will be jittery and unwilling to adopt the electronic system of voting.

So when will we be ready?

To ensure success, transitioning to e-voting cannot be done in isolation. Structural changes and upgrades must be applied to all parts of the process synchronously.

The creases that need to be ironed out are:

The EC may be ready to commit millions of dollars to develop an e-voting system in Ghana. But if it cannot be proven to have cryptographic features capable of verifying that votes have been counted and declared accurately, any such attempt could adversely affect our voting process and threaten national security.

2 thoughts on “Will e-voting in Ghana be efficient or elusive?”