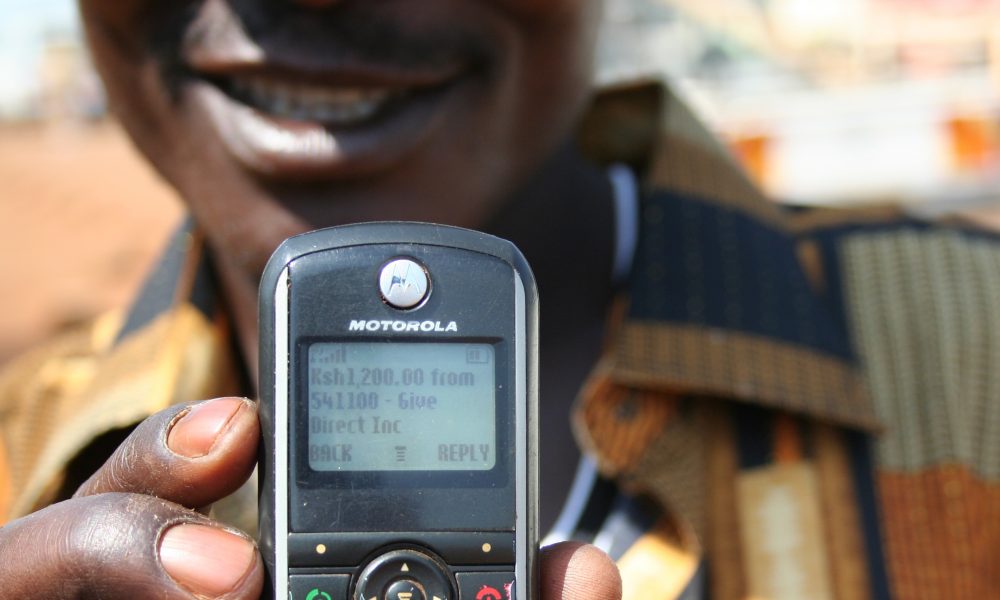 It is not always the narrative for new things to catch on with people when they are first introduced. In some parts of Africa however, the concept of mobile money has proved the exception rather than the norm, defying all the odds surrounding conservatism and making a huge entrance unto the financial scene.

At the turn of the 21st century, researchers discovered the use of airtime as a proxy for money transfer in the some parts of Africa and leveraged on this to introduce what is known today as mobile money.

Mobile money allows customers to deposit / withdraw money / from an electronic wallet and transact business using a mobile-based platform. The biggest success stories of the service are in East Africa where Kenya and Tanzania lead the way having been the pioneers.

In 2009, Ghana’s leading telecommunications company, MTN, launched the service in the country following successes in Uganda and Cameroon. Today in the Ghanaian mobile money landscape, four of the six telcos offer mobile money services and although the take-off is not as swift as witnessed in Kenya and Tanzania, there is every indication that the industry will be bullish in a few years.

Let’s take a look at some statistics and talk numbers — we will talk tech later.

The National Communications Authority has pegged the number of mobile phone voice subscribers in Ghana at close to 37 million as at the end of August 2016. This puts the mobile phone penetration at 132% as the population of the country is reported to be at about 27 million. It was expected that mobile money would bridge the gap and make more Ghanaians financially included. The deduction was that since Ghanaians were heavy mobile phone users, were literate for the most part (The country’s literacy rate rubs shoulders with the best in Africa. In fact, UNESCO reported that in 2015 the country’s literacy rate stood at 76.6% of the adult population) and understood the financial system better than most Africans, the service would blossom immediately. While this was not immediately realised, there are signs that the industry would be buoyant in the coming years.

In July 2015, the Bank of Ghana introduced some guidelines (Electronic Money Issuers Guidelines) for the industry and this has coincided with a phenomenal rise in the use of the service. A survey conducted by InterMedia with funding from CGAP showed that the number of active users of mobile money more than doubled between 2014 (before the introduction of the regulations) and 2015 (after the fact). Numbers for financial exclusion have plummeted between 2010 and 2015 – what stood at 44% is now at 25% – mobile money is leading the way. A fifth of Ghanaians now have a mobile money account and 17% actively utilise the service.

The buzz around mobile money has created a lot of opportunities for many young people. There are so far over a hundred thousand agents registered across the length and breadth of the country with about 82,000 being active. These agents are one of the main drivers of the branchless banking phenomenon.

There still remain some challenges to be surmounted. While the market is gaining momentum steadily, it must be said that the use of mobile money has been largely limited to cash in/cash out transactions. The other more prominent uses are remittances and airtime top-ups. This is where we expect tech startups and companies like Mazzuma, DreamOval (SlydePay) and expressPay to come in. If we are to take significant leaps towards becoming a cashless economy, tech firms need to take advantage of the mass base of mobile money and create practical solutions that will benefit society.

These platforms offer some level of seamless payments with merchants they’ve managed to sign up and allow users to pay utility bills through their platforms. But unfortunately, the issue is, many Ghanaians do not use the service for paying bills as is evidenced in Kenya and Tanzania. More work needs to be done in creating awareness and assuring customers that their precious funds won’t be lost in limbo when they go cashless.

The telcos, banks and other financial institutions who are major players in the industry must be innovative and lead the way for the larger population to be excited about mobile money and patronise it. For instance, this year, mobile money account holders have received interests on their wallets, a development which will only engender continued usage. Also, in October 2016, Ecobank introduced the Ecobank TBill4All, designed to boost financial inclusion and investment for everyone, in collaboration with MTN Mobile Money. It is to be expected that other banks will follow suit. Many of such partnerships and products will be instrumental in whetting the appetite of customers of the service.

Another challenge is the high number of unregistered users who conduct over-the-counter transactions every once in while. Although operators make substantial margins on such transactions, it is important to note that this limits the influence that account-based products can have on the market.

Ghana’s mobile money industry is primed to become even more vibrant considering the circumstances of the country by way of literacy, numeracy, phone ownership, and phone usage. Although a few challenges exist, especially the over reliance on cash by customers, these are opportunities for innovation and the early movers will be the ones to benefit from any innovative solutions to these issues.