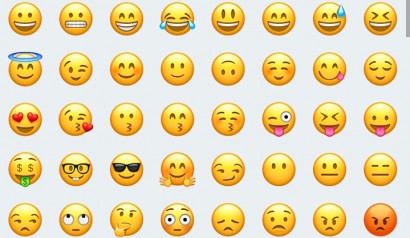 2016 has been a pretty good year for WhatsApp users. We saw a ton of pleasant changes being implemented in the app. This wave of updates anticlimactically ended with WhatsApp updating its terms and conditions to allow for information sharing with Facebook.

Now there’s a second wave of updates which seem to have boosted excitement levels once again. Let’s dive in.

Last week, Apple’s iOS 10 rolled out to all compatible iPhones and iPads around the globe. In addition to the many ‘exciting’ features, the emoji received a makeover. The new emoji looks more polished and much more defined than the previous, even though the ‘yellow faces’ look awkward at first. Once you have the latest WhatsApp beta, you’ll see this change throughout the app

In addition to quoting and replying a message, you can directly mention a contact in a group chat and then proceed to type your intended message. This is very similar to the mention feature on Twitter. To mention a user in a WhatsApp group, simple type “@” and the list of usernames will drop down for you to choose your preference.

You know those endlessly looping animations you’ve been seeing on Twitter? They’re called gifs. Starting from the latest beta, you can send gifs to your contacts on WhatsApp.

When taking selfies, the sides of your screen will light up white, acting as an improv-flash to capture marginally better pictures even in low light. I personally prefer using my phone’s camera to take a picture and then sending it to a contact rather than using the WhatsApp camera.

When using the WhatsApp camera to record a video, sliding your finger up and down zooms the video in and out respectively. Don’t forget to continue holding down the record button when zooming.

In addition to front-facing flash and one-finger video zoom, WhatsApp has taken another page out of Snapchat’s book. You can now add stickers and emoji to pictures taken with the WhatsApp camera before sending them to your preferred contact.

How to get the latest WhatsApp beta