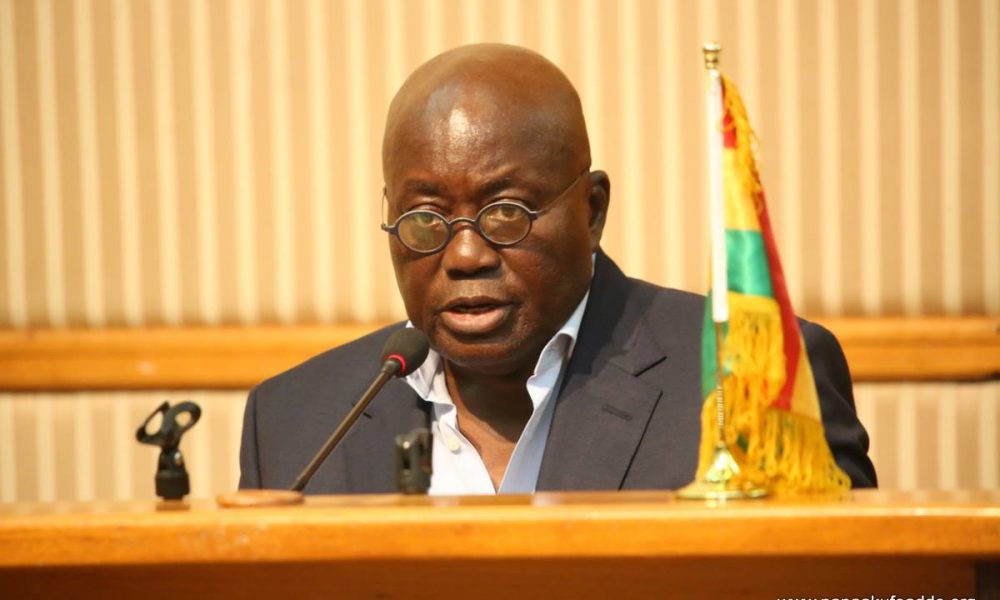 Nana Addo Dankwa Akufo-Addo of the New Patriotic Party (NPP) is the President-elect of the Republic of Ghana. He defeated President John Dramani of the New Democratic Congress (NDC) in the December 7 general elections to become the 5th president of the 4th republic.

At the launch of his party’s manifesto captioned “Change, an agenda for jobs,” the NPP promised to transform the technological base of the country. As the dust settles on the 2016 election, this paper seeks to explore what the Science, Technology and Innovation sector should expect from Nana Addo’s government.

Science, Technology and Innovation (STI) have become a significant element in the growth and development equation for every country.

Science, Technology and Innovation (STI) have become a significant element in the growth and development equation for every country. All sectors of the economy: energy, transport, environment, education heath and others are being disrupted and managed efficiently by improvement in science and technology. It is therefore imperative for all developing economies to harness the potential of STI for national development.

The contribution of STI to Ghana’s Gross Domestic Product GDP is less than one percent 1%, below the 2.5% average in Africa. Low investment in Research and Development, which is the lifeblood of STIs explains this worrying trend. Ghana currently invests only between 0.2% and 0.5% of GDP in Science and Technology is as compared to other African countries such as Mauritius, Uganda, Togo that invest more of their GDP on STI.

The New Patriotic Party has promised largely in its 2016 manifesto to leverage and promote science and technology to transform the economy, projecting a 1.5% contribution to Ghana’s GDP. Here is what Nana Addo’s presidency would mean to the STI sector in the next four years:

An increase in STEM talents

One of the biggest challenges facing the Science and Technology based industries is attracting and retaining qualified STEM professionals.

In the United States for instance, according to the National Science Foundation, the number of Scientific and Engineering jobs in the United States has grown at an average annual rate of 5.9%, since the early 1990s compared with 1.2% for the general workforce.

This situation is not any different in Ghana. The few locals with professional expertise in the oil and gas industry in Ghana paint a clear picture of this challenge. The root cause of this challenge is the low interest and poor achievement of students in STEM courses in both junior and senior high schools. Performance in Integrated Science and Mathematics in senior high schools in Ghana has been on a decline for the past four years. Since 2012, where the performance students in Integrated Science and Mathematics peaked slightly above 50% in the West Africa Secondary School Certificate Examination (WASSCE), performance has been on a steady decline. In 2015, scores in Mathematics and Integrated Science was only about 24%.

According to the National Accreditation Board, there are currently 182 tertiary institutions in Ghana. Though an increase in enrollment into tertiary education is a welcome development, the number of humanities courses surpasses the science and technical subjects. This means fewer students are being trained in STEM-related professions in tertiary schools.

The National policy target is a 60:40 ratio of enrollment in Science/Technical subjects as compared to Humanities/Arts. To support the 60:40 national policy, the NPP promises to expand STEM scholarship schemes, and provide incentives and support for accredited private tertiary institutions to establish schools and faculties of science and technology.

The NPP also intends to establish a Presidential Advisory Council for Science and Technology (PACST). The Council according to the NPP will be an advisory group of the nation’s leading scientists and engineers, who directly advise the President on all matters and policies regarding science, technology and innovation, and who will also provide leadership in the propagation of Science, Technology, Engineering and Mathematics (STEM) in our education system.

Other plans of the NPP intended to stimulate the demand for science and technology through the private sector such as the 1-district-1-factory will likely increase STI-related jobs and hence demand for STEM graduates, an incentive for more students especially girls to consider STEM.

It is conventional wisdom that investment in infrastructure development is a pre-requisite in a country’s economic growth. Developing infrastructure enhances a country’s productivity, consequently making firms more competitive and boosting a region’s economy.

Similarly, to improve the growth and adoption of STEM in Ghana, it is important to invest in the building blocks such as research centers, laboratories in schools, innovation spaces, a robust telecommunication network, STEM teaching and learning materials.

The NPP’s promise to improve the infrastructure required to boost STEM education and STI industry in Ghana include:

Nana Addo is promising to build a technology park in all the 10 regions of Ghana. This, according to the NPP’s manifesto, will expand the research and development capabilities of the country. No further details has been given about the tech parks hence the nature, locations and timeline for execution for this project is unclear.

Though the science park model has been replicated in other countries, not all of these parks have been successful.

Technology parks, a model for promoting clustering of high technology industries, has been successful policy in industrialization drive of some countries. Technology parks are mostly located close to a university or a research center, with infrastructure built to house companies and targeted financial support such as subsidies or tax breaks. The parks are expected to attract entrepreneurs and innovators who build commercial products/services with a spill over effect on the economy. Beijing’s Zhongguancun Science Park established in 1988 is attributed to the success of China in the semiconductor, computer and telecommunication industry during the 1990s. World-renowned IT firms that emerged from the Beijing’s park include Lenovo and founder group. Currently, many global technology companies such as Google, Intel, AMD, Oracle Corporation, Motorola, Sony, Micorsoft and Ericsson have their Chinese headquarters and research centers in Zhongguancun Technology Park.

Though the science park model has been replicated in other countries, not all of these parks have been successful. It is therefore important for the NPP to have a clear strategy on focusing each of the 10 technology parks, matching them with the core research strength of the universities in that region and good incentives for companies to set up in these parks.

It must however be noted that the technology park policy is not new to Ghana — attempts were made at establishing such parks in KNUST and Tema.

The NPP also promises to build 3 centers of excellence across the country by 2020. These centers will be established in collaboration with the private and international financial institutions. The purpose of these centres will be to network all Higher Education Institutes (HEIs), including all other research organizations such as Council for Scientific and Industrial Research (CSIR)’s institutes and Cocoa Research Institute of Ghana (CRIG). The GCEs will cover themes such as biomedical engineering, pharmaceutical technology and bio-equivalence research crop improvements and seed technology, environment and sanitation engineering, energy engineering, manufacturing equipment engineering, agricultural technology, food process engineering, building technology, and electronics and electronic assembly.

The GCEs tie in well with concept of regional technology parks in providing the right infrastructure required for the acceleration of STEM education and STI jobs in Ghana.

While we wait for the details of the Centers of excellence, it is not clear how it will differ from existing projects ongoing in this regard. The World Bank is currently funding the US$150 million Africa Centres of Excellence (ACE) project across West and Central Africa. The objective of the project is to create capacity in African universities to provide quality research and teaching. Kwame Nkrumah University of Science and Technology and the University of Ghana currently host 3 of these centers.

Ghana has consistently dropped in the Global competitive index, a ranking of how competitive a country is by the world economic forum. Ghana is currently 111th competitive nation out of 144 countries ranked. Key indicators for highly competitive nations are: top-notch academic institutions, high spending on R&D, strong cooperation between the academic and business worlds and others.

STI Research and Development will be highly prioritized under the presidency of Nana Addo. In the NPP’s manifesto, a merit-based research system is promised with the objective of encouraging more scientific research for priority sectors of the economy

Nana Addo also promises to strengthen the collaboration between industry, universities, and research centres to promote the commercialization of scientific research outputs. We have heard this promise before, what will be interesting is how this promise is executed. In terms of utilization of Research works, Nana Addo promises to employ science & technology in waste management, energy, agriculture and land use, environment and water. These include use of renewable energy sources such as biogas, wood gasification, biodiesel in our energy mix; waste to energy power plants; soil mapping for intelligent decision making in use of agriculture inputs, use of tech in managing forests; water desalination projects and others.

These promises give a clear indication that the utilization of STI research and development will highly influence policy decisions in the Nana Addo’s government. This is welcoming news for the STI sector. However, the implementation of these laudable promises will largely depend on the experience and expertise of the personality designated to head the ministry of Science and Technology.

Editor’s Note: This post was written by Brian Dzidefo Dzansi and originally appeared on LinkedIn. It has been republished with the author’s permission.