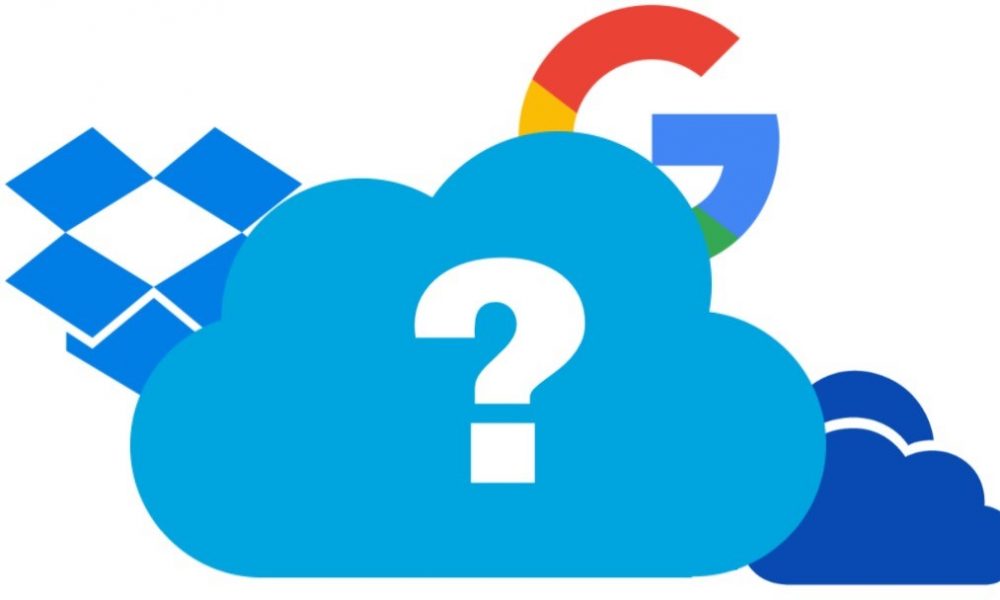 Cloud storage is very ubiquitous now. It has become the new “pen drive” (flash drive). Your phone, tablet or laptop most likely came along with its default cloud service for you.

In this article, we will compare Dropbox, Microsoft OneDrive and Google Drive under four simple criteria:

Wondering why we did not consider iCloud? It’s because it requires owning an Apple device aside your Apple ID! We’re not new to Apple’s exclusivity, which sets it apart from its competition in terms of some products and services.

Let’s get right to it then!

Dropbox provides file sharing with an extra layer of security to protect your folders or files by allowing you to share the link to these files. It is obvious anybody with the link can access the content, but Dropbox Pro (more on this later) provides passwords and expiry dates to limit such possibilities. Dropbox also provide another layer of content control by allowing you to choose what a user can do to your content — view only, view and edit, and so on.

Google Drive allows you to share files and folders either by mail, apps, links or the browser interface. However, unlike Dropbox, you can grant both view and edit permissions at both the folder and file level. Permission to comment is another option.

While that’s great, there are several rather large problems with the way Google Drive manages file sharing. These include:

Note: No password protection means that links to your content can be accessed by anybody. Without the ability to quickly audit shares, the only way to find out what content is being shared is to look for the link icon beside the content name in your Cloud storage. Performing audits that way can take a lot of time and makes it very easy to overlook shares.

OneDrive gives users the ability to share files and folders from the app, desktop client or browser interface. You can also choose to share via email or a link, much like the two services above.

With OneDrive you can give users permission to view and edit files but not password-protected links. However, you can set an expiry date for your links as an option.

Sync is a very important aspect especially when you’re on who always work on-the-go and need to see changes you make on your files and documents automatically reflect in real time on another device without having to manually update them yourself.

Dropbox lets you sync across platforms and devices. Such platforms are Windows, iOS, macOS, Android, Windows Phone and surprisingly Linux. Dropbox also features a more advanced approach to selective sync than most Cloud storage providers, which it calls Smart Sync. Even after you turn off sync for content, you’ll still be able to see that content in your Desktop Sync folder. Dropbox users can also throttle upload and download speeds in case those processes are impacting system resources. However, Dropbox sync runs so smoothly, that unless you’re using a ten-year old laptop, that’s not likely to ever be necessary.

Google Drive lets you sync devices running Windows, macOS, iOS and Android. Install the Google Drive client on your desktop, and you’ll get a sync folder added to your file system that works mostly just like the Dropbox approach. Put files in to send them to the cloud. Linux isn’t an official option, though there is a nice workaround.

Unlike with Dropbox, when you turn off sync for any given folder, it will no longer show up in your sync folder. Google Drive also lets you throttle your upload and download speeds if you find sync chewing up too much bandwidth.

OneDrive has clients for macOS, iOS and Android. Like Google Drive, OneDrive doesn’t have a Linux client. OneDrive’s approach to sync follows the path forged by Dropbox. Selective sync is also an option, which you can set via the Settings window accessible through the OneDrive taskbar icon.

As with Google Drive, turning off sync for content means you can no longer see it in your Sync folder, but at least you can save space on your hard drive and still access that content from the OneDrive browser interface.

Cloud services provide apps that helps with integration of your files with other elements to enhance productivity and content control.

Google offers apps like Google Docs for word publishing, Google Sheets for spreadsheets, Google Slides for presentations, Google Forms for surveys, Google Drawings for diagrams, amongst a ton of others. If you prefer storing your pictures, you may opt to save Cloud storage space and use Google Photos to store your photos separately. Aside its own apps, Google allows a seamless integration of its service with other third party apps

OneDrive already comes with Microsoft Office Online already integrated so if you’re a heavy Microsoft office user, OneDrive is the best cloud option to use to have all your files on every device.

So there you have it. Let us know your thoughts and preference. Which Cloud storage service will you go for?

One thought on “Cloud War: Dropbox vs Google Drive vs OneDrive”