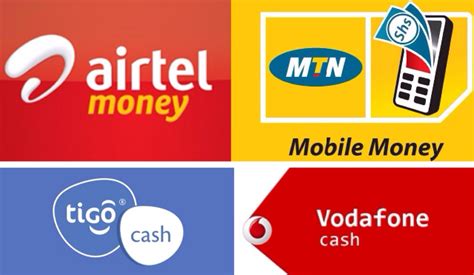 Before I begin, let me put out a disclaimer: This article is in no way attacking any telecom company, neither is it a fight against a progressive transformation to a cashlite or cashless economy. It is equally not a kick against other innovative forms of money and its transfer. It is an honest but informed opinion of issues of the mobile money game that simply make it “uncool”. Read and judge for yourself.

The Issue of “Liquidity”

Liquidity in financial terms refers to how quickly you can change an asset into physical cash without it losing much of its value. Now imagine a die-hard situation where you needed a couple of hundreds of cedis , maybe thousands (physical cash) with no ATMs in sight. You will not consider a bank since it is half past 4 pm. With your eyes frantically scanning street corner after street corner, you spot a container branded in traditional mobile money style and quickly walk across the road to it like a thirsty desert traveler who has found water. You arrive only to be told by the agent “I don’t have enough cash to service you with that withdrawal”. Standing in a combination of disappointment and shock, you suddenly realize having cash on your mobile wallet does not always guarantee you can quickly convert to it to cash whenever you want to. The issue is similar when depositing money into your account or another’s account. The agent ought to have enough digital currency matching your amount on the same network in order to see the transaction through, otherwise, better luck next time.

In 2017, a telco had to sanction about 3,000 of its agents implicated or involved in mobile money fraud. The Bank of Ghana indicated a soar of total mobile money subscribers to about 35 million in 2017. These subscribers are targets or victims of the various types, schemes and methods of mobile money scams. From receiving a mysterious text stating you have received some money (which doesn’t reflect in your account at all), to receiving phone calls from con men and password breaches. The reality still stands that the mobile money space still has more room for improvement in cyber security, public education and protecting subscriber’s data and funds.

Do I need to say more? There has been a general outcry among Ghanaians about the charges of the service. A recent Twitter poll we conducted showed majority of people believe mobile money charges are quite high.

Do you think your network charges you outrageous fees for using Mobile Money?

For a traditional bank, one is not expected to pay a charge when depositing money into an existing customers account. But the case is not so for most mobile money agents who take about 1% charge for deposits into accounts. A depositor mostly has to pay twice the charge to ensure the recipient of the fund receives the originally intended amount after transaction cost deductions. Some telcos have made public announcements that deposits should not attract a charge. Despite this fact, the practice goes on.( I have encountered a few registered agents who do not charge for deposits though). Will the charges for using the mobile money service be lowered when the technology becomes cheaper to run or competition intensifies? Only time will tell.