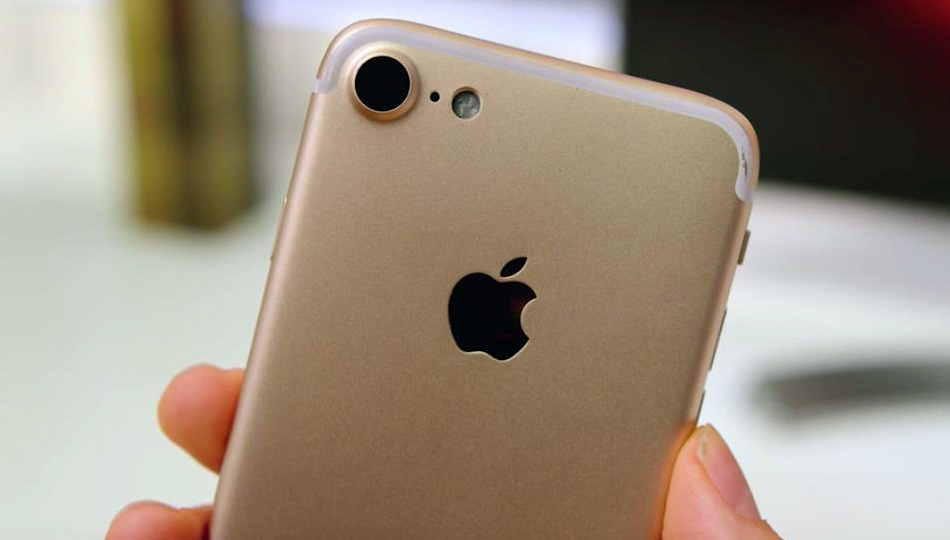 The wait is finally over! Apple had their September event and unveiled to the public the new toys they have been working on. Apple officially unveiled the iPhone 7 and 7 Plus and they feature advanced camera system(s), more power with improved battery life, stereo speakers, wide color system from camera to display, two new aesthetic finishes, and are also water and dust resistant. Before we perform a full hands-on review of the iPhone 7, let’s take a look at the major features that were announced.

Basically, Apple has taken the world’s most popular camera and given it a major boost. The 12-megapixel camera includes optical image stabilization on both iPhone 7 and iPhone 7 Plus, and a larger ƒ/1.8 aperture and 6-element lens to enable brighter, more detailed photos and videos. That’s not all. The wide color capture allows for more vibrant colors with more detail. iPhone 7 Plus features the same 12-megapixel wide angle camera as iPhone 7 and adds another 12-megapixel telephoto camera that together offer optical zoom at two times and up to 10 times digital zoom for photos.

Coming later this year, the dual 12-megapixel cameras also enable a new depth-of-field effect, using both cameras on iPhone 7 Plus to capture images, while sophisticated technology including Machine Learning separates the background from the foreground to achieve amazing portraits once possible only with DSLR cameras.

Other advancements to the camera include:

The new iPhones feature a custom-designed A10 Fusion chip, which packs massive improvements, making it the most powerful chip ever in a smartphone. The A10 Fusion’s CPU now has four cores, seamlessly integrating two high-performance cores that run up to two times faster than iPhone 6, and two high-efficiency cores that are capable of running at just one-fifth the power of the high-performance cores. Graphics performance is also more powerful, running up to three times faster than iPhone 6 at as little as half the power, enabling a new level of gaming and professional apps such as Adobe Lightroom. Or as Kanye West will put it, the new iPhones are “Harder, Better, Faster, Stronger”

The new stereo speakers on the iPhone offer an amazing listening experience that is two times louder than the iPhone 6S. The iPhone 7 comes with AirPods with lightning connectors instead of the traditional 3.5 mm headphone jack. This, according to Apple, is to improve the sound and deliver incredible sound since apparently the lightning connector has some other multimedia functionalities.

Design That Makes a Splash

This year, Apple introduced introduces two new black finishes — matte black and a glossy jet black — to the range of iPhones. There’s no space grey model but you can get your usual silver, gold and rose gold models as well . The iPhone has been re-engineered with enclosures which results in a water-resistant iPhone offering protection against spills, splashes and dust. However, note that it hasn’t been proven to be water-proof (there’s a difference between that and water-resistance), therefore immersion in water might harm the iPhone.

The new iPhone features the brightest most colorful Retina HD display ever in an iPhone. Now with greater for saturation and best color management in a smartphone. An all new solid state Home Button powered by a taptic engine (which got space in the iPhone because Apple decided to ditch the 3.5 mm headphone jack), provides more precision and customizable tactile feedback.

iPhone 7 and iPhone 7 Plus come with iOS 10, the biggest release ever of the world’s most advanced mobile operating system. iOS 10 introduces a huge update to Messages that delivers more expressive and animated ways to message friends and family, the ability for Siri to do more by working with apps, new ways to interact with apps and even more places to use 3D Touch, beautifully redesigned Maps, Photos, Apple Music, News and the Home app, delivering a simple and secure way to manage home automation products in one place.

iOS 10 also opens up incredible opportunities for developers with Siri, Maps, Phone and Messages APIs, allowing customers to do more than ever with the apps they love to use.