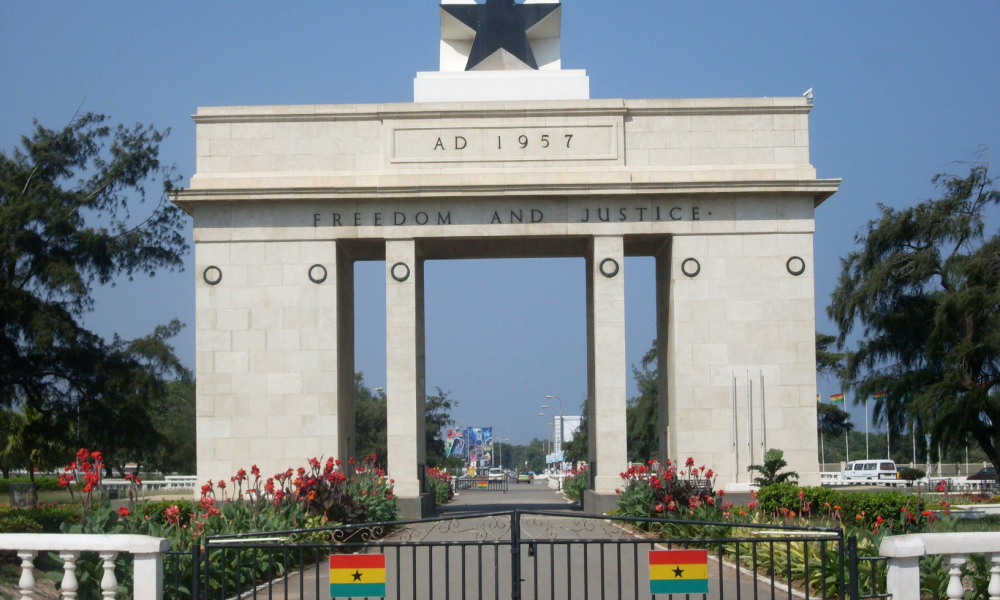 In the early 2000s, Ghana was projected to be “The Silicon Valley of West Africa”. An English-speaking country with dependable electricity, relatively good internet, a thriving democracy and an ever-ready pool of cheap labor, Ghana checked almost all the boxes and was on course to achieve critical mass and lift off.

A Laptop and a Dream

Inspired by the young and ambitious survivors of the Dot-Com bubble in the West, the young Ghanaian techies were determined to leave their mark in history and be the next billionaire by 30. Many tech-enabled “youngins” channeled their efforts into desktop-based client-to-server applications. Pioneers like Herman Chinery-Hesse, co-founder of the SOFTtribe, perhaps Ghana’s largest tech company in 1991, left a cozy life in the UK to nurture and groom many of these dream chasers.

The mastery of programming and scripting languages still blossoming, programmers were hallowed and tipped for future success. The quantum leaps in internet usage and social media adoption fueled this drive. Word about anyone who identified a problem and used some form of technology to address it spread like wildfire and the country cheered on.

SMSGH (now Hubtel and one of Ghana’s leading technology brands) launched Ghana’s first web-based mobile campaign management system and use of keywords on SMS short codes in 2005. Four Ashesi University graduates created DreamOval in 2007 to provide Enterprise Innovation, ePayments & Collections, Digital Strategy & Innovation and Cloud Services. The list goes on. For all intents and purposes, these guys are doing great!

BBC, CNN and other major news agencies turned the spotlight on Ghana’s burgeoning tech space. Of course, industry watchers and investors seeking to make a home run poured in and venture capital (VC) funding started to flow in. In 2008, Jørn Lyseggen took things up a notch by establishing the Meltwater Entrepreneurial School of Technology (MEST) to train young, talented individuals and would inject $2 million annually into Ghana’s tech ecosystem!

Don’t believe the hype? Perhaps the dreams were not as big or as many

Unfortunately, some of the startups that sprang up during this period struggled to survive, let alone scale, even after all the training, capital injection, sleepless nights and good PR. Investors were beginning to worry about their ROI.

With time, the VCs and angel investors burned out and since most startups were not at a stage to cover costs, they starved to death. Speculative VCs began to pull out, the PR and media coverage takes a nosedive. Even the stories that are covered are met with skepticism.

What Went Wrong: An Autopsy

So why doesn’t Ghana have a hundred more Hubtels? After speaking to many industry players and hours of research, it boiled down quite a number of reasons but for this post, I’ll discuss the following: Good PR, talent drain and, investor-founder relations.

Immediately startups showed potential, the media swooped in. Within two months, an unknown chap with a laptop, modem and a dream could be touted as the Mark Zuckerberg of Africa after barely scratching the surface. Their startup starts popping up in “20 companies to watch out for” lists and everyone wants them to speak at their “Tech Conference”. They began to feel like they’ve made it. Good PR was misconstrued to mean success.

Before long, their focus is no longer on developing version 2 of that great idea, but rather, honoring speaking engagements and doing 60 second pitches. Employees feel neglected and unappreciated: after all, they are doing all the work and he takes all the media credit. They are either unmotivated to give their best or just leave.

After school, you and three friends who would rather live on another planet than work a 9-5 job manage to get a great idea started. You are excited and inspired by the lifestyle of billionaire Silicon Valley founders. You can rattle off their life stories like you grew up with them. It’s only a matter of time, you think to yourself. And then reality begins to kick in. Your employees begin to feel they’ve been sold a dream. They see their other colleagues who work in already established companies live a wonderful life. Their families are convincing them to quit the “hobby” and get a “real job”. They yield and tender in their resignation. They leave you, with the little knowledge and experience they’ve managed to build. Their motivation was to hit a pot of gold in less than two years and drive around in fancy cars while their lazy and unambitious friends slave away in their corporate jobs. You now employ inexperienced graduates and the growth process starts over. After some few months, the cycle continues, and the company is unable to achieve critical mass and lift off.

Young man, you think I’m going to give you $50,000 and let you do whatever you want with it? Think again! After exchanging capital for equity, investors exerted a lot of control over the direction the startup should take. Intentions may have been right and justified but investor interference sometimes distorts flow of events. It gets worse when the investor and founder have contrasting views on how to run the company.

The new breed of Ghanaian tech entrepreneurs (a good number of them), are rightly motivated in their doings. With lessons learned from the past decade, they are more deliberate about their growth and breakthrough. Today’s tech founders focus on setting realistic expectations, growing at their own pace, building a robust sales and revenue model, enhancing their knowledge and testing iterations of their products. MEST’s efforts gave birth to a lot of the new-school companies like Nandimobile, SyncCommerce and Kudobuzz. Others such as StoreFoundry, AFRadio and Asoriba are also doing very well. There have been a couple of acquisitions too — Saya got acquired by New Jersey-based Kirusa and Claimsync also got acquired by GenKey.

Ghana’s tech ecosystem is primer now than it used to be. The proliferation of mobile phones and development in the global tech arena has made things better. Access to capital is much easier than it used to be and there’s access to a numerous training and educational materials.

With 16 tech hubs, Ghana currently ranks 6th in GSMA countries with tech hubs in Africa, right after Nigeria, with 23. These hubs allow for creative collaborations and buzzing communities. These innovation clusters add to the excitement of solving societal problems using tech tools.

We still have our fair share of challenges but we are determined to bulldoze through them all and take our rightful position as the Silicon Valley of West Africa.

6 thoughts on “A Laptop and a Dream: Tech Entrepreneurship in Ghana”